The 'Little Drummer Boy' Challenge Will Ruin You This Holiday Season

Ever walk through the mall and see people rushing towards the doors, or break down sobbing, when “Little Drummer Boy” comes on the stereo system? Or maybe you’ve seen people talk about it on Facebook?

Turns out they are participating in “The Little Drummer Boy Challenge” (LDBC), a game going viral on social media. Between midnight on Black Friday and midnight on Christmas Eve, participants are challenged to avoid the popular Christmas carol. If it plays on the radio somewhere—or you heard Ricky Gervais and Jimmy Fallon sing it on The Tonight Show—then you’ve lost. You’re out. Puh-rum-puh-pum done. The only ground rule is that someone can’t trick you into listening to it, that is, play it deliberately to get another person out.

The most visible Facebook group for the challenge was drummed up in 2010 by Michael Alan Peck, a content strategist in Chicago, who says friends started doing it among themselves as an inside joke. He decided to set up a Facebook page for the game after his wife complained about how early the holiday season must be starting if she had already heard the “Little Drummer Boy” on the radio before Thanksgiving.

Recently, participants have started sharing selfies of the “horrified” expressions on their faces the moment they lost the game. Or they shame the people who accidentally played the song by sharing photos of them. They also note where they were when they heard the song, and which version it was.

Based on the approximately 700 people who reported whether they “won” or “lost” through his website last year, Peck says 25% “won” and 75% “lost.” Bing Crosby’s and David Bowie’s duet trips seemed to trip people up the most, while Peck argues Vince Guaraldi’s version in A Charlie Brown Christmas tends to sneak up on people because they forget it’s in the movie.

While there seem to be several private and public Facebook groups supporting the effort in the U.S. and Canada, it’s hard to know exactly how far and how quickly it has spread. Anyone could just start playing it right now, and they may not necessarily be reporting the moment they “lost” through Peck’s website or the game’s official Facebook page. But Peck says 2014 is the year it has taken off on Facebook, as more and more people have recruited friends to play by tagging them, so the number of Facebook page fans has grown from a little more than 1,800 at the start of the season to more than 2,500 at the time of publication.

Some have taken their participation to extreme levels. “I’ve had people tell me they won’t leave the house, or they shop only online,” says Peck. “One woman said she abandoned a full shopping cart in Target because they were playing Christmas music, and then all of a sudden, she was so sure it was going to play that she flipped out and left.”

That’s why some players wear headphones and listen to their own playlists everywhere and crank up the volume to drown out the holiday music. Or, they take matters into their own hands as Peck did one year. “I was going to go out to dinner, but I knew the place was playing holiday music, so I called ahead of time and asked them to make sure that song wouldn’t be played,” he says. “You get a little nutty that way.”

Peck insists he doesn’t hate “Little Drummer Boy” in any way and is not trying to start a boycott. He just claims it works well for the challenge because “you hear it a lot, but not so much that the game is impossible.” That said, he does think “it’s a goofy song. I don’t know why anyone thinks a newborn baby would want to hear a drum being banged by [his] head.” 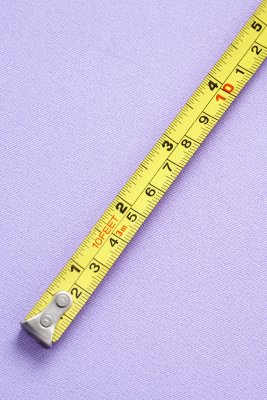 Why Won’t America Go Metric?
Next Up: Editor's Pick