Seth Rogen Thanks Sony Chief for Making The Interview

Seth Rogen arrives at the Los Angeles premiere of 'The Interview' held at The Theatre at Ace Hotel Downtown LA on December 11, 2014 in Los Angeles, California.
Araya Diaz—WireImage
By Eliana Dockterman

Seth Rogen thanked Sony Pictures co-chairman Amy Pascal for having the courage to make the controversial comedy The Interview during the film’s premiere on Thursday, even as the exec has come under fire for racist remarks in a series of leaked emails.

“I’d like to thank Amy Pascal for having the balls to make this movie,” writer, director and star Rogen said before the premiere, The Hollywood Reporter reports.

In the film, Rogen and James Franco’s characters plan the assassination of North Korean leader Kim Jong-un. The North Korean regime has condemned The Interview and called it an “act of war,” leading to speculation that the country might be behind the recent cyberattack on Sony Pictures. (Hackers have reportedly warned Sony not to release the film.) But North Korean officials have denied that they are behind the hack that has made troves of sensitive material public.

Among that leaked information is a series of emails between Pascal and producer Scott Rudin in which they joke that President Obama’s favorite movies are probably those starring black actors, such as 12 Years a Slave and Ride Along. Pascal and Rudin have since apologized for the emails.

[Minor spoilers for The Interview ahead.]

Another series of emails that has surfaced since the hack are those between Sony chief executive Kazuo Hirai and Pascal in which Hirai asks her to tone The Interview down. Specifically he asks her to change a scene in which Kim Jong-un’s head explodes, Reuters reports.

When Pascal passed Harai’s concerns on to Rogen, noting, “And this isn’t some flunky. It’s the chairman of the entire Sony Corporation,” Rogen responded by promising to move a few of the burn marks on Kim Jong-un’s face and reduce the “flaming hair” by 50%.

But he said he would not remove the scene: “The head explosion can’t be more obscured than it is because we honestly feel that if it’s any more obscured, you won’t be able to tell it’s exploding and the joke won’t work.”

In an Aug. 15 email he pushed back further, writing, “This is now a story of Americans changing their movie to make North Koreans happy. That is a very damning story.” 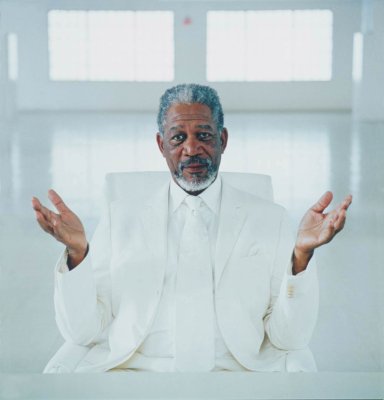 Ten Actors Who Have Played God (In Film)
Next Up: Editor's Pick