He is one of the most active supporters of the Islamic State in Iraq and Syria (ISIS) on the Internet but on Thursday @ShamiWitness was revealed to be an Indian food company executive called Mehdi.

With a Twitter following of roughly 18,000, @ShamiWitness has been one of the most influential voices on Twitter propagandizing on behalf of ISIS. Mehdi works for an Indian food conglomerate in Bangalore.

Channel 4 News says the agency is not revealing his full name “as he says his life would be in danger if his true identity was made public.”

Nonetheless, in the wake of his semi-unmasking, Mehdi deactivated the @ShamiWitness Twitter account and has said that Indian police are now searching for him and he “doesn’t know what to do.”

Mehdi said if given the opportunity he would join forces himself with the Islamic State but that he cannot because his family depends on him financially. “If I had a chance to leave everything and join them I might have,” he said. “My family needs me here.” 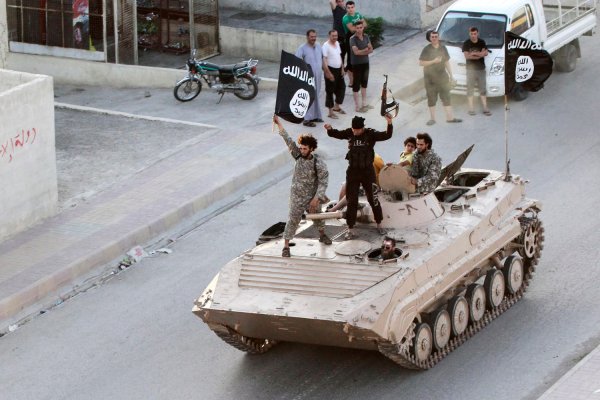 Mom Travels to Syria to Rescue Daughter from ISIS
Next Up: Editor's Pick