Inventor of Internet Tells Putin Web Is 'Not a CIA Creation'

Sir Tim Berners-Lee inventor of the World Wide Web arrives at Guildhall to receive an Honorary Freedom of the City of London award on September 24, 2014 in London, England.
Peter Macdiarmid—Getty Images

The inventor of the world wide web refuted Russian President Vladimir Putin’s assertion that the Internet is a “CIA project,” Reuters reports. The statement comes eight months after Putin’s comment, which made some worry that he might restrict Internet access in Russia.

Tim Berners-Lee, who invented the Internet in 1989, says the project did receive U.S. government funding, but was primarily built and popularized in the academic sphere as universities worked to get their campuses online.

Berners-Lee went on to defend the Internet against claims that interconnectivity is allowing the spread of militant Islamism through the distribution of videos like those depicting beheadings of journalists. “Like all powerful tools,” he said, “it can be used for good and evil.”

He continued: “It’s time to recognize the Internet as a basic human right. That means guaranteeing affordable access for all, ensuring Internet packets are delivered without commercial or political discrimination, and protecting the privacy and freedom of Web users regardless of where they live.” 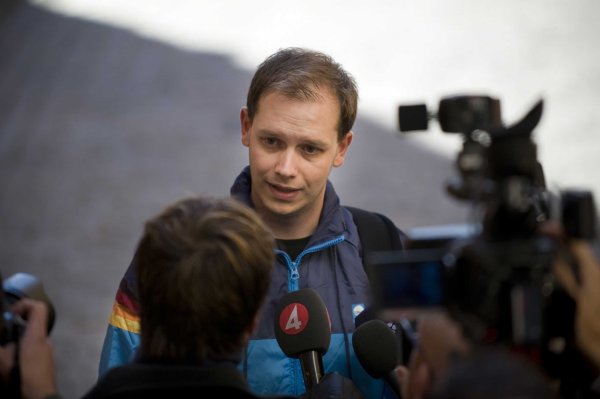 Pirate Bay Goes Offline After Raid in Sweden
Next Up: Editor's Pick