Shonda Rhimes, the creator of Scandal and Grey’s Anatomy, took to Twitter on Thursday to condemn an email exchange between a Sony Pictures executive and an Oscar-winning producer that was leaked during the recent hack.

In the emails, Sony Pictures co-chairman Amy Pascal and the producer, Scott Rudin, jokingly posited what President Barack Obama’s favorite movies might be, picking films that featured black characters like Django Unchained and 12 Years a Slave, BuzzFeed reports. The two were said to conclude, “I bet he likes Kevin Hart.”

Though many media outlets have called the exchange, for which both Pascal and Rudin have since apologized, “racially insensitive,” Rhimes argues that the media should use stronger language:

Hart surfaced in a second set of leaked emails in which Sony executive Clint Culpepper calls the actor a “whore” for asking for more money to promote Think Like a Man Too on Twitter. Hart replied in a Instagram post:

Both email exchanges bolster an argument that comedian Chris Rock made in a recent op-ed for The Hollywood Reporter that Hollywood is still “a White industry.”

The leaked emails were part of a massive hack of confidential Sony documents, film budgets, executive salaries and personal information of stars. A group that calls itself the Guardians of Peace have taken credit for the breach. 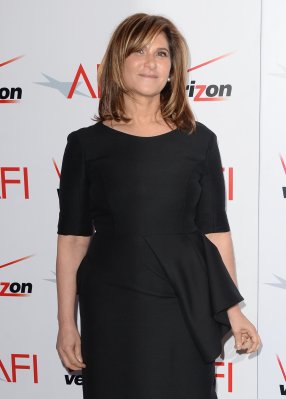