Tegan and Sara: Releasing an Album Is Like Running a Political Campaign

Tegan and Sara have shared the stage with Taylor Swift and just earned a Grammy nomination for their The Lego Movie song “Everything Is Awesome,” but the Canadian duo’s real breakthrough took place 10 years ago with the release So Jealous. It’s not an understatement to say that the 14-song collection of bright, new-wave-inflected pop songs was life-changing — the band had its first taste of radio support and opened for the likes of Weezer and the Killers. “For us it was imperative that we change our career,” Sara Quin tells TIME. “We made a record that would change our career.”

Now, they’re rereleasing the album as So Jealous X, which features a hardcover book of archival material and a bonus disc of new music — including the home demo of the previously unreleased “When I Get Up,” which TIME premiered in November. TIME spoke with Sara Quin about the project (due Dec. 23), what it’s like to revisit old songs and when music is just too painful to release.

TIME: Does So Jealous turning 10 feel crazy to you? Or does it feel like ages ago?

Sara Quin: Both of those things. We’ve been joking around that it feel so much older than 10 years. We’ve been saying that album years are like cat years — you have to apply 7 years to every 1 year. On the other hand, we sit backstage and laugh and tell stories from that time, especially because Heartthrob in some ways parallels the growth of So Jealous. We talked so much about So Jealous this year in a way that feels like it was yesterday.

The mainstream pop sound of Heartthrob freaked a lot of fans out, but I almost think of Heartthrob as the grandchild of So Jealous. The DNA of the albums feels very much the same.

We’ve been calling Heartthrob and So Jealous cousin records. They were departure records for us. It’s really interesting to go back now and read the early press. There’s a review on Pitchfork that’s just scathing. It essentially puts into question our integrity — here we are, just another manufactured band trying to make a big pop record, trying to be cool. It refers to “Walking With a Ghost” as bland. This is before the White Stripes covered it, before we went on tour with the Killers, before that record blew up and changed our lives. It was so funny to me because obviously the writer didn’t like the direction we had gone, but for us it was imperative that we change our career. We made a record that would change our career. When “Closer” came out, there were so many people who were like, “Oh God, what is this? They made a pop song? Disgusting!” These two records are so intrinsically linked because they mark such similar periods of time in our career.

Tegan and I always talk about it like it’s an equation. Each song is kind of linked to another song. You just said “Now I’m All Messed Up” and “I Can’t Take It.” To me, they’re very similar. Or like, “Walking With a Ghost” and “Shock to Your System” have the same equation. Regardless of how we change our production or our approach, whether we make an organic record or synthetic record, whatever genre you put us in, Tegan and I are still working with a lot of the same skill sets and tools that we did when we made So Jealous, or any of our records before that.

While putting together So Jealous X, was there anything you learned about what this period meant for you that you didn’t necessarily realize as it was happening?

Just the work that went into this record. Both Tegan and I pride ourselves on being a road band — we toured the hell out every record. The first year of Heartthrob we did almost 300 days on the road of touring, promo, travel, shows. But what really shocked me about So Jealous was how much work we had done. So Jealous was really the first time we had radio play, songs on TV. It was the first time we got big festivals like Coachella and Lollapalooza. I just remember thinking that we couldn’t stop. Nothing made it easier. In fact, sometimes the success of that record made us have to work harder.

It’s almost like a political campaign. You see President Obama flipping flapjacks at a mom and pop shop, and you’re like, “Why are these people out there doing these things it would seem like you don’t have to do anymore?” Just because you have a song on the radio doesn’t mean you can lay back and take it easy. It was our first experience of learning that there’s a bit of an optical illusion of like, “We got a song on the radio! We’re big time!” Nope! You’re not big time, not until you really get on the ground connect with people — in-stores and meet and greets and shows opening for people. We opened for so many bands on that album cycle: Weezer, the Killers, Ryan Adams. We did so many things in those years of trying to get us in front of new people, and all of it counts.

We premiered the demo of “When I Get Up” in November. What’s your relationship like with older material that has never previously been released?

The thing that’s cool for us is that a lot of these songs have become fan favorites, and I think the lack of access to recorded versions of them made them unique and special. I hope we’re not sullying that by putting them out. It’s funny because a lot of those songs, the one you mentioned, “When I Get Up,” that’s a song that we’ve have had in our repertoire for years and years and always played it, so it was passed around as an MP3 or as a live recording. We still to this day get requests for it. To be able to release the home recording of it is very special to us.

Does that ever haunt you in a way? You want to make to the best album you can make, which sometimes means not releasing everything you write. At same time, fans know what’s in the vault, like, “What happened to the New Orleans sessions you talked about? What happened to that song title you mentioned in an interview in 2006?”

It’s an incredibly privileged place to be in. I have demo-itis. I think my favorite songs are the ones that are unreleased and only a few people have heard. I listen to the demo of “Back in Your Head” from The Con, and I hear something so raw. It sounds like it hurts. It feels real. Every other time is just a photocopy of that in a weird way. I mean, you care! I’ve sung it hundreds, maybe even thousands of times, and everytime I sing it, it’s new, it’s different, it has a totally different vibe. But those demos, they’re the original moment of inspiration where the song and melody finally connect.

For songs that never made it — you mentioned the New Orleans sessions — in a way, they’re terrible. They sound awful, and they’re unfinished, and they haven’t totally gotten to the place that they need to go. Yet I listen to them, and I’m fascinated by them because they’re like a special, unique moment. If there are people who want to hear that, we’ll continue to release the material.

So does that mean you’ll put the New Orleans songs out when Sainthood turns 10 in 2019 or whatever?

Yes! Oh my God, of course. We’ll eventually put out the New Orleans stuff to go along with the Sainthood anniversary. Also, I feel like you were maybe trying to ask, “Does it ever diminish the excitement of new music, that people are always asking for other material?” In my mind, it’s two different worlds. I realize that only a very, very small percentage of people who like Tegan and Sara are going to actively purchase something that goes very deep into the archives. Tegan and I were those kinds of fans. We grew up listening to bands and wanting everything, every photo — I wanted to see the scrap of paper that Bruce Springsteen wrote his setlist on from 1976. If there’s a contingent of our audience that wants that, we want to provide that for them.

Tegan has said that some of your songs on So Jealous — like “I Bet It Stung” and “I Can’t Take It” — were part of a series of songs that you decided not to include because they were too personal. What’s it like revisiting them now?

I remember having a fight with Tegan when we were putting together the demos. There were a few songs that she really wanted and, yeah, it was too painful. I was going through a fairly substantial breakup between If It Was You and So Jealous. I had split with my serious partner, and I had moved to Montreal and started a new relationship. It was right when we started writing So Jealous that I started to feel the intrusion of what our career was. I remember having awkward conversations with friends and family about the stories we were telling on stage and people feeling uncomfortable about what we were revealing. I really started to take into consideration what power I had and how you could really misuse that position. Some of the songs from the demo stage of So Jealous I just didn’t feel were appropriate.

To listen to them now, they’re very vague, and they don’t seem more personal than any other material. At the time I remember thinking, “No, this is going to hurt me and this person too much, and I want to protect that.” I still think about those things all the time. Am I an asshole for writing about people and not allowing them any sort of agency to respond? [Laughs] I have so much more control than they do! So Jealous was really the beginning of that.

What’s it like playing those songs live now? Do some of them feel more relevant to your life all of a sudden and go back into the setlist?

It’s a great question. It’s hard to go back to the older songs and not feel … too present is the only way I can explain it. When I’m playing “Walking With a Ghost,” I’m almost not even thinking about what it means — I’m just thinking of how to sing and technical things. If I thought about playing “I Can’t Take It,” that feels very raw to me. I’m not able to check out when I’m playing it. I’m immediately transported back to what I was feeling. Mostly what I think when I hear those songs is “Oh my God, we were being really dramatic!” I guess it’s age. You do temper how you feel and what you reveal to people. Even though sometimes it hurts my feelings when fans say, “I liked it better when they were more emotional,” or confessional or whatever, on the other hand, I’ve had to protect myself in a different way than when I was 20. 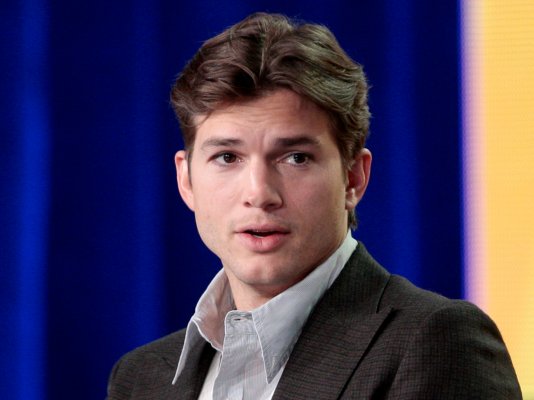 Ashon Kutcher Hints Charlie Sheen Will Return for Two and a Half Men Finale
Next Up: Editor's Pick