This New App Makes It Way Cheaper to Trade Stocks

Next up for disruption by the Silicon Valley set: Wall Street.

A new startup is aiming to convince Millennials to dip a toe into the stock market by making it cheaper and easier to buy securities. Robinhood, a new mobile-first brokerage that launched its iOS app today, lets users buy U.S.-listed stocks without paying a commission, a cost that typically runs individual investors $7 to $10 per trade.

“People in our age group were not being exposed to what we consider a pretty useful tool for building your wealth,” says Robinhood co-founder Vlad Tenev. He and co-founder Baiju Bhatt launched Robinhood in beta for a few thousand users earlier this year. Already half a million people have signed up to request the app, indicating a heavy appetite for cheaper trades. These users will begin being on-boarded to the app today, and newcomers can download the app to join the waitlist and view different stocks.

The company, which has netted $16 million in venture funding from backers like Andreessen Horowitz and Google Ventures, plans to make money by letting investors trade on margin (basically issuing loans to let customers buy additional stock).

Whether or not young investors really need a service that lets them buy stocks “as quickly as you can call an Uber,” as Bhatt puts it, is an open question. Most active stock pickers fail to outperform the overall stock market. During the first 9 months of 2014, only 9.3% of actively managed mutual funds outperformed the S&P 500, according to the Wall Street Journal — and those funds are managed by people whose job is to be good at picking stocks.

Tenev argues that stock-picking is a good way for young people to learn about investing. “It makes a lot of sense for a first-time investor who is an early adopter of technology and discovers companies through using their products and services,” he says.

That advice flies in the face of a lot of collective wisdom about investing, including from famed businessman Warren Buffet. But for those that are still confident they can beat the market and would like to attempt it more affordably, Robinhood will also be available on Android and on desktop soon. 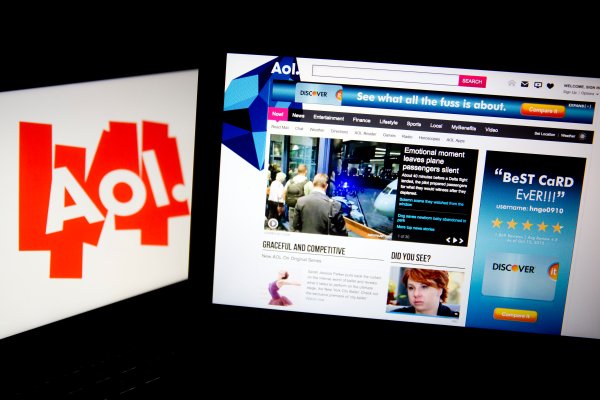 For AOL Dial-Up Subscribers, It's Life in the Slow Lane
Next Up: Editor's Pick