In the 1990s, photographer and multimedia artist Steven Sebring dreamed of a day where space and time would be interwoven in a single continuum. The Internet, until then the prerogative of a select few large institutions, was slowly making its way into family-homes. Photographers still relied on film, but the age of the megapixel was not far. Revolution was around the corner.

But for Sebring, revolution couldn’t come fast enough. “To this day, and despite the opportunities recent innovations afford us, representations of our world remain for the most part two-dimensional. It’s so flat, and deceitful,” says the American artist who has worked tirelessly to turn his mad hatter vision into reality.

He built a 15-foot geodesic dome rigged with a hundred digital cameras arranged along a circular rail in his New York City studio. A NASA-like control room allows him to fire them remotely and then automatically stitch the captures into a 360 degrees seamless composite; all in a matter of seconds. He calls it “The Revolution Rig”.

“It’s been quite the journey,” he says. “Software developers, engineers and I have been developing the system for the past two and a half-year and experimenting with it. We haven’t even come close to exhausting our options. Every time we play with the Rig, it’s like opening Pandora’s box.”

Early experiments had Sebring elaborate on Eadweard Muybridge’s pioneering work. In the late 19th century, the British photographer dissected human and animal motions by using several cameras. Thanks to his images, debate over whether all four hooves of a galloping horse were at once off the ground, was settled: they are.

These movement studies in mind, Sebring sought to produce a seminal yet entertaining opus dedicated to the art of posing. “I wanted to document the beauty of the human form because it is a source of inspiration for so many artists working in different fields, me included,” he explains.

Canadian supermodel Coco Rocha, known for her versatility, turned out to be the perfect muse. Dressed in a skin-colored leotard, she stepped into the dome and began acting the part of Botticelli’s Venus, a prima ballerina or Grace Jones under the unforgiving gaze of a hundred objectives. Within three days, the 26 year-old struck the thousand different poses that make up “The Study of Pose”. “I guess the experience can be quite nerve-racking,” says Rocha. “But, as a model you don’t have the luxury of being overly self-conscious. That said, when I look at some of my poses from an unusual angle, I notice that they are not always the most flattering. It was about capturing form, not necessarily elegance.”

Again much like Muybridge, Sebring faced more technological challenges when the time came to share his observations. To recreate the movement he recorded, Muybridge developed the zoopraxiscope. Through this rotating device, transcriptions onto a glass disk of his images were projected quickly one after another in such a way that they became animated. That signaled the advent of cinematography.

"We’re recording time and then blurring it by condensing it into one frame," says of his surrealist portraits.
Steven Sebring

Sebring had to wait for interactive displays to become more commonplace. “In print what you have is what a single camera captures. Thanks to touch-screen technology, which is emerging as the way we digest content in the twenty-first century, you can render the full experience,” he says. “If the book version of The Study of Pose shows a thousand poses; the app contains a hundred thousand.”

Rocha is not the only one to have tried Sebring’s futuristic cocoon. Dancers, body builders, wrestlers, and even his longtime friend Patti Smith have all had their movements scrutinized. In some, the photographer drags the shutters of the multiple cameras. In others he triggers them in sequence, split-second apart. “That’s where the fourth dimension comes in. We’re recording time and then blurring it by condensing it into one frame”, he remarks.

Lately, Sebring has been trying to break the next frontier, which he calls the “fifth dimension”: record and incorporate the sounds of what goes on inside the dome. “The possibilities for experimentation and application are endless. People have yet to understand just how far we can take this technology. But once they do and once they embrace it – which is inevitable – there’s no going back.”

Steven Sebring‘s Study of Pose, published by Harper Design, is available now, while an exhibition runs at Milk Gallery in New York until Dec. 21. An iPad app will be available later this year. 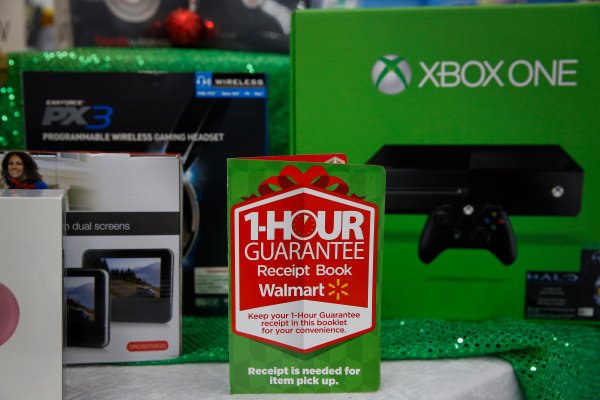 The 5 Hottest Toys Americans Are Searching for Right Now
Next Up: Editor's Pick