1 Number That Debunks Everything You Think You Know About College

There’s been plenty of ink and pixels spent parsing the problem of student loan debt: Why it’s so high, who to blame, how to stop it and so on. But a recent study sheds light on a huge contributor to the problem that goes largely overlooked: Public college graduation rates, even at big flagships schools, are jaw-droppingly low.

A study conducted by nonprofit group Complete College America tallied up both state-level and national data on graduation rates at two-year and four-year public colleges, and the results are sobering.

Only 5% of two-year students actually graduate in two years. The picture is hardly better for four-year institutions, especially when you consider that the cost of obtaining a bachelor’s degree is significantly higher. Only 36% of students at flagship public schools, and 19% of students at satellite and regional campuses, are able to walk out of the gates, diploma in hand, after four years.

“[We were] surprised at how pervasive the problem of time to degree has become at all public higher education institutions,” says Bruce Vandal, the group’s vice president. While two-year schools tend to attract more older, lower-income and first-generation students — all demographics more likely to be part-time students — Vandal says the issue goes far beyond that. “We did not expect flagship institutions and more selective public institutions to also have low on time graduation rates,” he says.

The numbers paint a clear picture showing that school administrators and policymakers, not to mention students, now consider a four-plus year timeframe to be the norm.

To some extent, Vandal says, this is a product of student error. Kids might not know what they want to major in when they first get to college and wind up taking a bunch of classes that don’t advance them towards the major they eventually choose. There also are a

But blaming a bunch of 17- and 18-year-olds for not being able to navigate the higher education system essentially on their own isn’t the answer. Vandal says there are plenty of things schools and states can do to make students better-informed consumers of the educational services they receive.

Some schools are experimenting with what Vandal calls a “guided pathways system:” Students have to pick a broad category — say, Health Sciences, for example — right away, then they get a year to narrow down their specific field of study.

“Another problem is that too few students enroll in the requisite 15 credits a semester that are necessary to graduate on time,” Vandal says. Students become eligible for “full time” financial aid while taking 12 credits a semester, and this mismatch adds up.

“For four-year students, registering for only 12 credits a term automatically puts them on the five-year plan,” Vandal says.

This has a big impact on students’ budgets and, ultimately, the debt loads they’ll carry with them for the first decade of their adult lives. “Once students’ time to degree exceeds four years, the costs to attend college increase and debt levels rise dramatically,” Vandal says. Every extra year of college for two-year degree seekers costs an average of $15,933 more. For four year degrees, it’s even higher: $22,826 for every extra year.

After four years, grants and scholarships may expire, and the savings of students and their families are more likely to be depleted, Vandal says, forcing them to rely more heavily on loans to complete their degrees.

“Reducing the time to degree and credits to degree for students will dramatically decrease student loan debt,” he says. 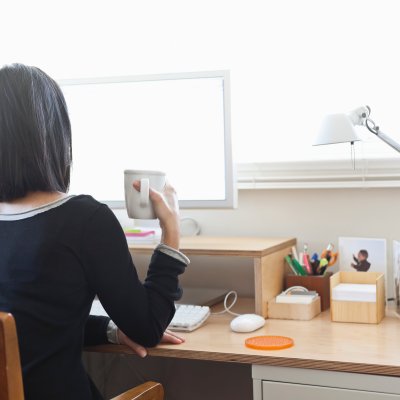 5 Things You Seriously Need to Reconsider Emailing
Next Up: Editor's Pick