CIA Director John Brennan defended his agency from a sharply critical Senate report into its post-9/11 detention and interrogations in a rare press conference Thursday.

Speaking from the agency’s headquarters in Langley, Va., Brennan called the report “flawed,” chafed at its level of disclosure, and disagreed with the report’s conclusions that the so-called “enhanced interrogation techniques” were ineffective. Brennan called the efficacy of those tactics, which included waterboarding and sleep-deprivation, “unknowable.”

Brennan opened his public statement with a drawn-out reminiscence of the attacks of Sept. 11, 2001, calling it the “backdrop” for the use of those tactics. “Whatever your views are on EITs, our nation, and particularly this agency, did a lot of things right during this difficult time,” he said.

Casting the efforts of the agency as a scramble to protect the nation after the deaths of nearly 3,000 fellow citizens, Brennan acknowledged that the CIA was in “uncharted territory” with the interrogation and detention programs, and had made mistakes.

“I look back at the record and I see this was a workforce that was trying to do the right thing,” Brennan said. “I cannot say with certainty that individuals acted with complete honesty.”

The CIA director questioned the Senate panel’s decision not to interview the officers involved in carrying out or overseeing the program to understand their perspective. “I think it’s lamentable that the committee did not avail itself of the opportunity to interact with CIA personnel,” he said.

Under questions from reporters, Brennan openly complained about the contents of the Senate report. “I think there’s been more than enough transparency that has happened over the last couple of days,” Brennan said. “I think it’s over the top.”

Brennan refused to characterize some of the CIA’s activities as “torture,” despite President Obama’s declaration in August that “we tortured some folks.” He would only concede that some officers “exceeded the policy guidance that was given,” adding that they were “abhorrent, and rightly should be repudiated by all.”

Brennan would only concede that the use of coercive techniques had a high likelihood of producing false information.

“We fell short when it came to holding some officers accountable for their mistakes,” Brennan added. The Department of Justice ended criminal probes of the practices in 2012 without charging any of the officers involved.

Weighing into one of the most contentious debates about the utility of program, Brennan said it was a fact that detainees subjected to brutal interrogation techniques provided information that led to the killing of al Qaeda leader Osama bin Laden.

“I am not going to attribute that to the use of the EITs,” Brennan said. “I am just going to state as a matter of fact the information they provided was used.”

Saying the detention and interrogation program ended seven years ago, “my fervent hope is that we can put aside this debate and move forward.” 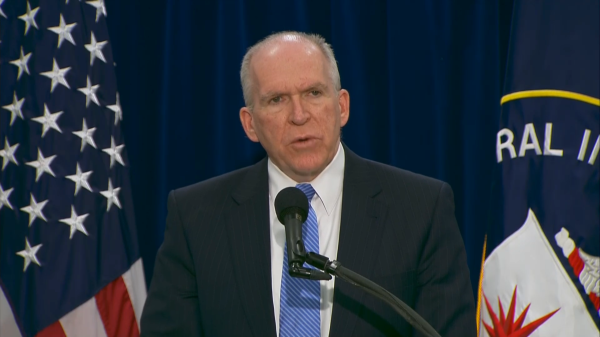 Live: CIA Head on Torture Report
Next Up: Editor's Pick