A life-size Noah’s Ark theme park planned in northern Kentucky won’t receive $18 million in tax incentives after concerns from the state over its hiring practices.

The state’s tourism secretary wrote a letter Wednesday saying that Answers in Genesis, which is funding the planned Ark Encounter theme park, was requiring “salvation testimony” and a “Creation belief statement” in its job postings, which the state said was discriminating based on religious grounds.

“It is readily apparent that the project has evolved from a tourist attraction to an extension of AIG’s ministry that will no longer permit the commonwealth to grant the project tourism development incentives,” wrote Tourism, Arts and Heritage Cabinet Secretary Bob Stewart.

The Ark Encounter, which would feature a 510-foot wooden replica of Noah’s Ark as described in the Bible, has been underway since 2010, but the $170 million project has run into financial difficulties since getting approval in 2011 from the Kentucky Tourism Development Finance Authority. 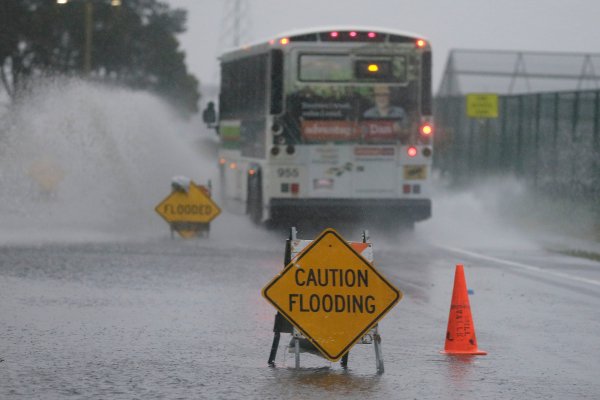 Thousands Lose Power in San Francisco
Next Up: Editor's Pick