The 4 Most Common Relationship Problems — and How to Fix Them

Most of the people giving advice don’t know the research. So where are the real answers?

I decided to call an expert: Dr. John Gottman.

You might remember him as the researcher in Malcolm Gladwell’s Blink who, after just a few minutes, could predict whether a couple would end up divorced.

John is a professor emeritus at the University of Washington and co-founder of the Gottman Institute. He’s published over 190 papers and authored more than 40 books, including:

So what are you going to learn here?

Want to be a Master and not a Disaster? Let’s get to it.

1) The Four Horsemen Of The Relationship Apocalypse

John has studied thousands of couples over his 40-year career. Four things came up again and again that indicated a relationship was headed for trouble. The Disasters did them a lot and the Masters avoided them:

This is when someone points to their partner and says their personality or character is the problem. Here’s John:

Ladies, are you listening? Because criticism is something women do a lot more than men. (Don’t worry, we’ll get to how the guys screw up soon enough.)

This is responding to relationship issues by counterattacking or whining. Here’s John:

It’s the #1 predictor of breakups. Contempt is acting like you’re a better person than they are. Here’s John:

It’s shutting down or tuning out. It passively tells your partner, “I don’t care.” And 85% of the time it’s guys who do this.

(Want to know a shortcut to creating a deeper bond with a romantic partner? Click here.)

Okay, that’s what kills a relationship. Naturally, you want to know what stops those things from occurring, right?

From looking at the Masters, John saw what prevented the downward spiral of the 4 Horsemen:

John calls this building “love maps.” It’s really knowing your partner inside and out. It was one of the Masters’ most powerful secrets. Here’s John:

John cited a study showing couples with kids talk to each other about 35 minutes per week. Yeah, 35 minutes.

And even most of that was just logistics — “When will you be there?” “Don’t forget to pick up milk.” — not deep personal stuff like the Masters.

No, this has nothing to do with eBay. We all frequently make little bids for our partner’s attention.

You say something and you want them to respond. To engage. It can be as simple as saying, “Nice day, isn’t it?”

It’s almost like a video game: when the person responds positively (“turning towards a bid”) your relationship gets a point.

When they don’t respond, or respond negatively, the relationship loses a point… or five. Here’s John:

Ever listen to someone madly in love talk about their partner? They sound downright delusional. They act like the other person is a superhero. A saint.

(For more on the science of sexy, click here.)

Admiration is about the story you tell yourself about your partner. And that leads us to how to predict whether your relationship is working…

The Best Predictor Of How Good A Relationship Is

You can do this yourself: have someone ask you about the history of your relationship. What kind of story do you tell?

When your partner describes your relationship to others, what kind of story do they tell?

Does the story minimize the negatives and celebrate the positives? Did it make the other person sound great?

Or did it dwell on what’s wrong? Did it talk about what that idiot did this week that’s utterly wrong?

This simple “story of us” predicts which relationships succeed and which fail. Here’s John:

Is there a part of a relationship conversation that’s critical? Actually, there is.

The Most Important Part Of A Relationship Conversation

It’s the beginning. 96% of the time John can predict the outcome of a conversation within the first three minutes. Here’s John:

How you start those serious relationship discussions doesn’t just predict how the conversation goes — it also predicts divorce after 6 years of marriage.

Via Principia Amoris: The New Science of Love:

So you’re talking and you’re starting off positive and calm. Great. Now you should stop talking. Why?

When I asked John what the best thing to do to improve a relationship he said, “Learn how to be a good listener.”

The Masters know how to listen. When their partners have a problem, they drop everything and listen non-defensively with empathy. Here’s John:

And sometimes the best thing to do at the beginning of a relationship argument is to end it immediately. Why?

69% of a couple’s problems are perpetual. They won’t be resolved.

Beating a dead horse, asking someone to fundamentally change who they are isn’t going to work — but it will make them angry. Here’s John:

Okay, that’s a lot of great stuff. Let’s round it up and finish with the thing John said that impressed me the most.

So here’s what John had to say:

Research shows, happy people seek out the positive and are grateful for it. Unhappy people find the negative in everything.

There’s a very similar dynamic in relationships: Masters scan their relationship for good things, disasters are always noting the bad.

And not only that — the Masters’ way of looking at the world is actually more accurate. Here’s John:

Choose to see the positive. It can cause a cascade:

Some of the same things that make you happy can improve your relationships — and vice versa. What’s better than that?

John and I talked for over an hour, so there’s a lot more to this.

I’ll be sending out a PDF with more of his relationship tips in my weekly email (including the two words that can help make arguments dissolve.) So to get that, sign up for my weekly email here.

Join over 145,000 readers. Get a free weekly update via email here.

How To Be A Good Kisser – 10 Tips From Scientific Research

Recipe For A Happy Marriage: The 7 Scientific Secrets 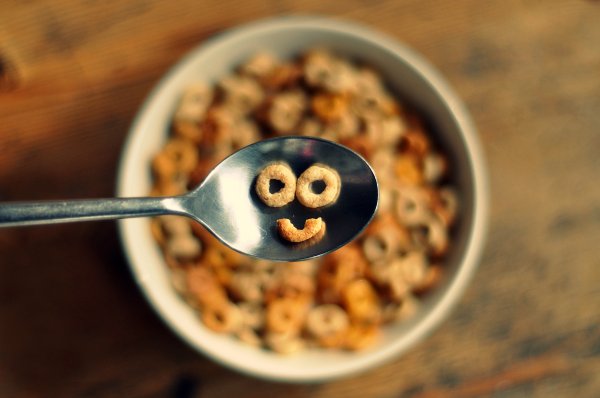 How to Live a Long Happy Life — 8 Insights Backed by Research
Next Up: Editor's Pick