The Department of Defense said Thursday that it had shuttered the last American detention facility in Afghanistan, bringing to an end a controversial practice of holding prisoners in the country without trial.

The U.S. said it no longer had custody of detainees in Afghanistan following the transfer on Wednesday of remaining detainees from Bagram Airfield north of Kabul, which once held hundreds of detainees, Reuters reports. In recent weeks, detainees have been shifted out of U.S. custody, including a top Pakistani Taliban member who was handed over to Pakistan and a Tunisian detainee, Redha al Najar, who was placed in Afghan custody on Tuesday.

The Defense Department said the closure had been planned and was not linked to the Congressional report on the CIA’s interrogation tactics. But Bagram has faced criticism for the treatment of its detainees, including two inmates who a U.S. court said were beaten to death in 2002. One detainee who was detained in 2004 at age 16 and held for five years, Pakistan citizen Kamil Shah, told Reuters he was beaten by U.S. personnel and held in isolation for 11 months.

Najar, the transferred Tunisian detainee who was detained in 2002 as a suspected bodyguard to Osama bin Laden, was identified in the Congressional report, which said he had been one of the first to be subjected to the CIA’s harsh interrogation techniques at a prison outside Kabul. He has never been charged.

The U.S. and NATO ceremoniously ended their combat command in Afghanistan on Monday, though some 13,000 troops will remain in the country after the new year. 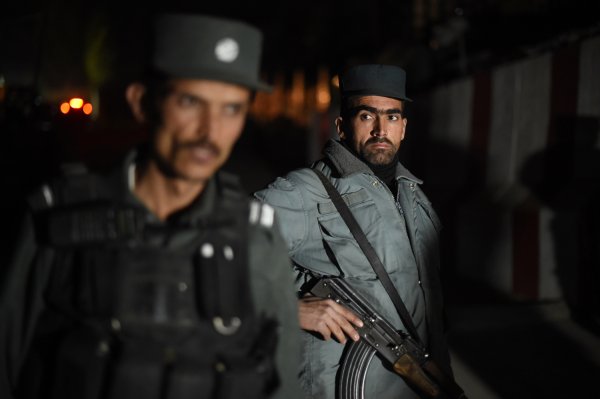