The Oakland Police Department remained down on Thursday following an apparent cyberattack as protests continued over the treatment of minorities by police.

About 50 protesters blocked the entrances of the city’s courthouse on Wednesday night in a relatively quiet demonstration. A night earlier, authorities fired rubber bullets and arrested at least 19 people as crowds swarmed city streets for the fourth straight night.

Websites for the city, the Fire Department and the Police Department were all disabled beginning on Tuesday, according to the LA Times, though by Thursday only the police site remained down. The hacker collective Anonymous appeared to take responsibility for the cyberattacks in a tweet.

Hundreds of protesters have gathered at Berkeley nightly this week to protest in the wake of grand jury decisions in New York and Missouri not to indict white police officers over the deaths of unarmed black men. 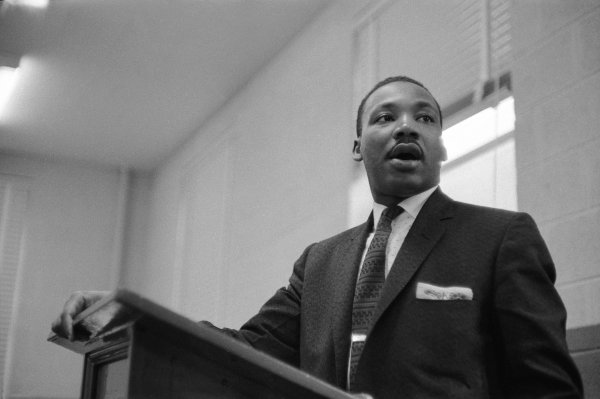 Did a Mediocre Letter of Recommendation for Martin Luther King, Jr. Change the Course of History?
Next Up: Editor's Pick