Scot Young, previously one of the U.K.’s wealthiest men, fell 60 feet to his death on Monday evening. He was 52.

His body was found impaled on the iron railings outside his $4.7 million rented home, reports London’s Evening Standard.

Young shared the home with his girlfriend, Ladies of London star Noelle Reno.

“I am distraught by the sudden loss of my best friend and ask that you give me the respect and privacy I need to grieve in peace,” American-born Reno, 31, said in a statement, according to The Telegraph.

Young’s death comes on the heels of a bitter divorce battle with his ex-wife, Michelle Young, 49, which was dragged through the British courts for almost seven years.

In 2009, three years after the couple split, Michelle offered to settle for $470 million, claiming that her ex was worth “a few billion at least.”

But he insisted he was “penniless and bankrupt” – the victim of a “financial meltdown.”

The property and technology entrepreneur was sentenced to six months in prison in January 2013 for refusing to disclose the full details of his fortune and later that year he was ordered to pay his ex $31 million, after a judge ruled that he had “hidden” his wealth from the court. But in March, Michelle’s lawyer said that she had yet to see a penny from the settlement.

In May last year Michelle told the Evening Standard that her ex had attempted suicide and sought treatment when they’d split in 2006.

Young’s death is not being treated as suspicious, a spokesman for Scotland Yard told The Guardian.

“We have been to hell and back,” Michelle told the Evening Standard. “I just have to look after my children and make sure they are okay. It is a very difficult time for us all.” 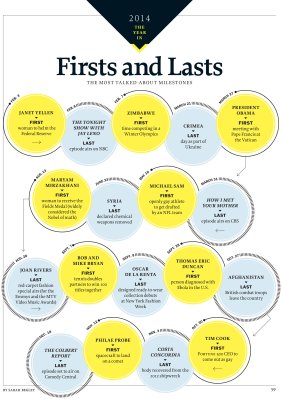 The Firsts and Lasts of 2014
Next Up: Editor's Pick