Immigration activist Astrid Silva (in red) stands next to her mother, Barbara Silva, as she speaks about immigration reform at a news conference on Capitol Hill in Washington, Dec. 10, 2014.
Larry Downing—Reuters
By Maya Rhodan

Just three weeks ago, Astrid Silva didn’t know if this holiday season would be the last one she’d get to spend with her father.

Silva, 26, immigrated to America from Mexico with her parents when she was just four years old, crossing the Rio Grande in a homemade tire raft. Though she is currently exempt from deportation under a 2010 law that defers action on illegal immigrants who arrived as children, her parents are not. Her younger brother was born in the U.S. and is therefore a citizen.

Her father has an order of deportation against him and though his immigration has been stayed since 2011, he’s up again in January. This time around, Silva says, he’s much less worried. In fact, after President Obama’s announcement that he would be providing temporary relief from deportation to 5 million people, she and her family began to experience another emotion: hope.

“He’s going to be worried until there’s a law, but he’s very—he’s relieved,” Silva told TIME Wednesday. “He doesn’t have to wake up and think ‘Immigration is going to be there when I go out for work.’”

But on Wednesday, frustration was the emotion she hoped would come across as she appeared in Washington, before a Congressional committee. Wearing a bright red blazer, adorned with a button depicting a close family friend and “dream warrior” Tomasa Macias, Silva passionately defended the President’s action on immigration reform in front of the Senate Judiciary Committee.

“When people attack the President for this action or challenge his legal authority—the same authority that Republican and Democratic presidents have taken before him, they are attacking me,” Silva said during her prepared remarks. “They are attacking the hundreds of thousands of children who need their parents to care for them and tell them that there are no monsters under the bed.”

Like many undocumented immigrants across the U.S., Silva watched the President’s Nov. 20 announcement with her family by her side. But Silva’s experience was a bit different. During the speech, the President gave Silva a shout-out, sharing her story as an undocumented immigrant who went on to college and become an activist in her community with the nation. She was hailed as the “face of Obama’s immigration action” in the Las Vegas Sun on Wednesday, but to Silva, she’s just one of many.

“I may be a face but there’s millions just like us,” Silva told TIME. “Just like me.”

And it was their stories, Silva said, that she hoped to share with the Senators on the committee.

“I’m 26 and I’m afraid that my parents will be deported,” Silva said. “I can’t imagine the six year old, seven year old living in that fear.” 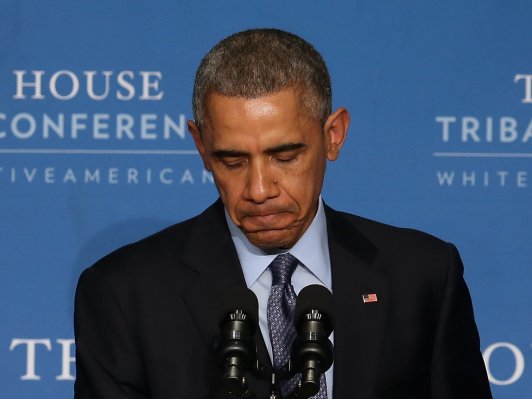 17 States Sue Obama Over Immigration Actions
Next Up: Editor's Pick