Brazil Confronts Horrors of the Past With Torture Report's Release

Brazil reacted dramatically to its most official, detailed and damning report to date on killings, torture and human rights abuses carried out by the state under two decades of military dictatorship on Wednesday.

And the reaction began at the top, as President Dilma Rousseff broke down into tears while presenting the National Truth Commission report at a ceremony in Brasília. “The work of this commission increases the possibility for Brazil to have a fully democratic future, free of authoritarian threats,” said Rousseff, who was herself imprisoned and tortured under the military leaders who ruled Brazil from 1964 to 1985.

The Truth Commission has spent two years and seven months compiling its report, which contains harrowing details of tortures carried out by the military dictatorship. It detailed beatings, electric shocks, sexual violations, and psychological torture on people the state saw as a threat.

The report increased the number of those it said were killed or disappeared during the dictatorship to 434, from the previous official number of 362. It also named 377 people it said were involved in human rights abuses, of whom 196 are still alive. The names included deceased former presidents and military leaders.

Its publication was welcomed by human rights groups as a watershed moment. Amnesty International said Brazil lived a “historic day” today, while Human Rights Watch also praised the report. “For the first time there is a body in Brazil who after more than two years of work identified abusers,” said Maria Canineu, the group’s Brazil director. “The report can encourage prosecutors and also the judiciary.”

The abuses of the dictatorship touch almost every level of Brazilian society. Rousseff was herself imprisoned and tortured by the military dictatorship as a member of the armed, left-wing resistance. Although she rarely talks about it, evocative images of the young bespectacled Rousseff and state files on her were among the imagery used in her campaign for re-election, narrowly won in a second-round run-off in October.

Other surviving opponents of Brazil’s military government welcomed the report. “This commission has a fundamental role to divulge to Brazilian society what happened,” said Vera Vital Brasil, who was imprisoned and tortured with electric shocks and beatings as a student activist in 1969 in Rio de Janeiro. She later spent six years in exile and Chile and has worked as a psychologist and human rights activist since returning to Rio in groups like Torture Never Again Rio de Janeiro Group.

In September, she took part in a Truth Commission visit to the army base where she was tortured. “It had a very big impact because that place was where terrible things happened,” she said. The room she was tortured in is now a dormitory, but the base was home to the regime’s more macabre torture practices after her time there. “There were people who had a snake dangled on the body, who had an alligator put on top,” she said.

Unlike some other South American countries ruled by right-wing dictatorships, like Argentina, Brazil has never prosecuted those responsible. “We in Brazil had a very big difference to other countries of Latin America – our process of silence was very deep,” said Brasil. “We were never able to say that this is wrong, even though that have been a democratic country since 1988,” added Canineu.

But military personnel and former members of the armed forces argue that Brazil’s Amnesty Law had brought peace to the nation and should be left in place. “There was a pacification of the country,” said retired Colonel José Gobbo Ferreira, an army engineer who supported the coup in 1964—as did the United States—and is a vocal online defender of what he calls the military ‘regime’, rather than dictatorship. “The idea was to extinguish all of this from the national memory.”

He said the Truth Commission was part of a wider left-wing conspiracy to install communism throughout the continent and argued that the report had exaggerated tortures. “It is logical that there were some abuses. But not on the scale that they are saying,” he said.

Minority elements in right-wing, anti-government demonstrations since then have even called for the return to the dictatorship. Ferreira said the Truth Commission should have also investigated bank robberies, kidnappings and murders carried out by the armed left wing groups that opposed the dictatorship.

Human Rights Watch’s Canineu agreed that crimes by the left-wing resistance could have been investigated, if only to show how much more widespread were the abuses carried out by the state. “It was important to break the myth that it was a war,” she said. “It is a very sensitive issue. They could have included it but that doesn’t make the report weaker.”

In 2010, Brazil’s Supreme Court decided the 1979 Amnesty Law remained valid. Eight months later the Inter-American Court of Human Rights disagreed arguing it contradicted the American Convention on Human Rights. Now, with a Supreme Court judge saying Wednesday that the issue will come back to the court, Rousseff’s government must decide how far it abides by the recommendations of the very Truth Commission it set up. 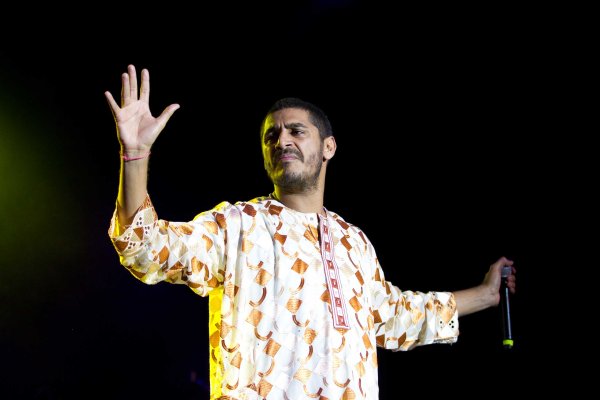 Meet the Brazilian Singer Drawing Crowds with his Stinging Social Critique
Next Up: Editor's Pick