Mistakes to Avoid When Learning a Foreign Language

Answer by Judith Meyer on Quora.

Thinking that going to a class will teach them the language

The teacher can only present material. Good teachers will present the material in an interesting way and bad teachers will present the material in a boring way, but you still have to internalize the material afterwards. There is not nearly enough class time to do the memorization in-class, and in a group class there’s not enough time for everyone to get enough practise either. You have to study and practice outside class in order to be a successful language learner.

Not following their interests

The teacher and the coursebook are a starting point, not an end-all. Don’t limit yourself to it, seek out things that interest you in your target language (or from your target culture). Don’t be afraid to think outside the box: apart from songs, movies, TV shows, books and newspapers there are also viral videos, funny advertisements, memes, blogs, forums, women’s/men’s magazines, cartoons, comic strips, video games, MMORPGs, recipes and Q & A sites like Quora. You should start looking for this kind of content immediately. Refer to translations at the beginning and then wean yourself off them.

Balking at the language being different

There will be plenty of things that work differently in your target language than they do in English. Some of them may seem (or be) illogical. Rather than having a grudge, be happy that you get to explore these new ways of expressing oneself, ways that are hidden to monolingual English speakers. If languages were a 1 to 1 translation of English, they’d be boring.

Finding excuses not to use the language, rather than excuses to use it

There are a ton of reasons not to use the language you’re learning. Maybe your level is too low. Maybe you don’t know any native speakers nearby. Maybe it’s a small language that doesn’t have much content online. Maybe it’s a dead language. These are all reasons, good reasons even, but they shouldn’t matter to you. If you’re serious about learning a language, you need to start looking for excuses to use it.

If a language doesn’t excite you so much that you’ll grab at any excuse to use it, maybe you shouldn’t be studying it. Come up with 10 reasons to study the language and hang it somewhere visible.

Thinking that language learning has to be strenuous

Many people think that they can recognize effective programs by how hard and strenuous, exhausting and uncomfortable they are. By forcing yourself through them once a month, you feel like you’re really investing effort into your target language. In truth, the most effective programs are often the ones that don’t take particular fortitude to slug through. Learning grammar is rarely joyful, but at least it shouldn’t be something you dread. A positive state of mind will help a lot in making things memorable. Don’t hesitate to switch textbooks or to use multiple sources at once. Use interesting, authentic materials as soon as you can. Use the language.

This question originally appeared on Quora: What are the common mistakes of language learners? 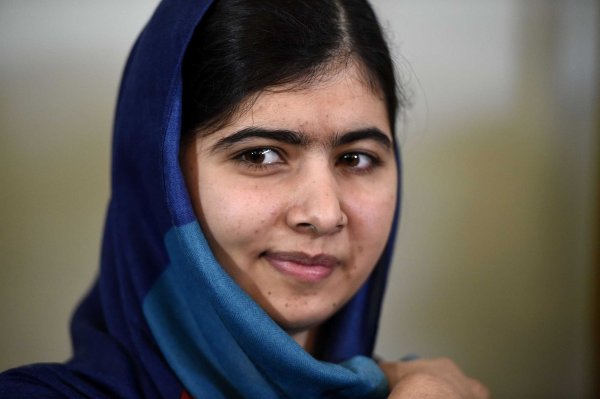 Malala Wants to Be Pakistan's Prime Minister
Next Up: Editor's Pick