Europe wasn’t exactly silent. But considering the scale of the abuses that the U.S. Senate Intelligence Committee revealed on Tuesday in its report on CIA torture, one might have expected a bit more outrage from the leaders of the Old World.

Instead, the most common reaction was to praise the report as a sign of American transparency and accountability—two of the values meant to bind the West together—while many European statesmen have so far avoided saying anything at all.

That includes the leaders of France and Germany, who made no public reaction in the 24 hours that followed the report’s release. British Prime Minister David Cameron only mentioned it while on a visit to Turkey on Wednesday when a reporter asked him for a response. “I’m satisfied that our system is dealing with all of these issues,” Cameron said. The practice of torture, he confidently added, is “wrong.”

The most prominent sign of European contrition came from Poland, whose former President finally admitted during a press conference on Wednesday that his country hosted one of the CIA’s “black sites,” or secret prisons, where the abuse of detainees occurred. The U.S. had asked Poland “to find a quiet place, where effective measures could be taken to obtain information,” said Alexander Kwasniewski, who served as President from 1995 to 2005. Poland had consented to the request, he added, without knowing that the “quiet place” could be used for torture. He did not clarify the year when the facility was shut down.

But the prevailing sentiment among Europe-watchers was that these revelations were considered old news. “All of this was ten years ago,” explains Constanze Stelzenmueller, an expert on European politics at the Brookings Institution in Washington, D.C. “What’s striking is that the Americans are now really trying to do a reasonably honest and non-partisan accounting of what happened.”

That American admission of guilt, and the integrity it required, did not go unnoticed even in some of the most damning editorials published in the mainstream European press. “The United States makes mistakes, sometimes terrible ones,” read an editorial in Der Spiegel, Germany’s leading newsmagazine. “But it has the strength to acknowledge it and learn from it.”

The muted reaction from European leaders, says Stelzenmueller, is perhaps best explained by the dilemma this issue presents. If one of them praises the report’s transparency, they could be perceived as downplaying the gravity of the crimes committed in the execution of the war on terror. If one of them condemns those crimes, they will almost certainly face questions about their own country’s complicity, if not also its direct involvement, in torture and illegal detention. “The risk of the follow-up question is in any case greater than the political gains,” Stelzenmueller says.

But that did not stop some European politicians from using the report as political ammunition. In Germany, the co-chairman of the opposition Left Party, Bernd Riexinger, called for Foreign Minister Frank-Walter Steinmeier to resign over the revelations. He also demanded Berlin rethink its cooperation with the U.S. on matters of intelligence. “I see no basis for cooperation with torturers,” Riexinger, whose party controls about 10% of the seats in the German parliament, told the Handelsblatt newspaper.

The Foreign Minister, who also held the position from 2005 to 2009, did not deign to respond to the remarks, though he did issue one of the harsher condemnations against the CIA’s torture practices to issue from the European leadership.

“What was then considered right and done in the fight against Islamic terrorism was unacceptable and a serious mistake,” Steinmeier told the German daily Bild, adding that the CIA’s activities amounted to a “gross violation of our liberal, democratic values.”

But experts still saw no real chance of the report forcing Berlin or any other major European power to question their transatlantic ties. The reason, says Joerg Forbrig, an expert on Central and Eastern Europe at the German Marshall Fund in Berlin, has to do with the ongoing standoff with Russia over Ukraine, which has urged the West to band together against what they perceive as a common threat to their security.

“The key ingredient to any successful Russia policy is Western unity,” he says. And as German Chancellor Angela Merkel pursues an ever tougher line against Moscow, “She needs to rally the Europeans, and she needs to make sure the coordination with the Americans remains intact.” So if the White House was expecting the Senate report to freeze relations across the Atlantic, it can probably breathe a sigh of relief.

Read next: Here’s What the CIA Actually Did in Interrogations 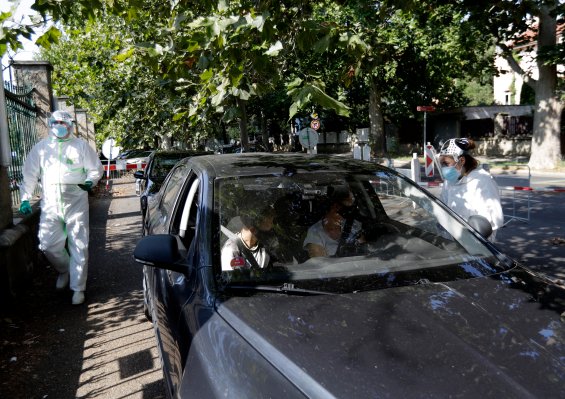