Vials of microbeads alongside products that use such small, plastic spheres.
Photo courtesy of 5 Gyres
By Katy Steinmetz

Face washes claiming to be “blackhead erasers” or “superfruit scrubs” may seem appealing for scrubbing your way to a fresh new face, but some of them also contain an ingredient that environmental advocates and lawmakers are trying to ban. Tiny, round bits of plastic known as microbeads, no bigger than a grain of couscous, may pose hazards in the natural world.

These little orbs, introduced to replace harsher exfoliants like pumice, are so small that after they’re washed down the sink or tub, they sneak through sifters at water treatment plants and end up in the ocean and other bodies of water. Once in the ocean, researchers have found, these plastics act like sponges for toxins, and can be accidentally ingested by fish, thus ending up in the food chain.

Several states considered bills to ban microbeads last session, but only Illinois passed a law, becoming the first state to do so. Now lawmakers in at least three states are gearing up for another go in 2015.

“We were outgunned,” says Stiv Wilson, associate director at 5 Gyres, a non-profit dedicated to fighting plastic pollution. In California, the industry group Personal Care Products Council—which represents companies like Johnson & Johnson and Clinique—lobbied members to oppose a bill that would have banned the use of microbeads, saying it was “overly aggressive and unrealistic.” The bill failed by one vote. The same state assemblyman who proposed that bill, Richard Bloom, plans to try again, with what Wilson says will be a “much broader coalition” of supporters.

5 Gyres has also been working with lawmakers in Hawaii and Vermont, and hopes to find sponsors in Ohio, Florida and Maryland. The group developed model legislation that states have used as the foundation for bead-banning bills and hopes that a new report published on Dec. 10 in journal PLOS ONE will bolster their cause.

Part of the problem in getting these bills passed is that microbeads, just one type of plastic ending up in the ocean, only became de rigueur among companies about a decade ago, so there’s little hard science showing their particular effects on the environment.

The new report, based on 24 expeditions from 2007 to 2013, produced the first global estimate of just how much plastic of all sizes is in the ocean—including microplastics. According to the investigation, there are more than 5 trillion pieces afloat at sea. “There’s 20 times the amount of plastic in the North Pacific as there are stars in the Milky Way galaxy,” Wilson says.

Many companies have voluntarily vowed to phase microbeads out of their products, including giants like Johnson & Johnson, L’Oréal and Proctor & Gamble. But environmentalists have continued to pursue legislative bans to make sure no companies slip through the cracks and to hold companies to a firm timeline. Wilson believes that just a few states need to pass bans for companies to entirely reformulate products, to avoid cumbersome distribution challenges.

“The fundamental question is going to be: do we wait to take this material out until we prove that this microbead causes harm?” Chelsea Rochman, a marine ecologist at the University of California, Davis, who specializes in microplastics research told TIME in an interview for a previous story. She’s currently working on research to find out more about how much of a threat microplastics pose to marine life.

“This is not rocket science,” Wilson says. “We’re running out of time. These policies need to be passed.”

Read next: Know What’s In Your Face Wash: Why Illinois Banned Microbeads 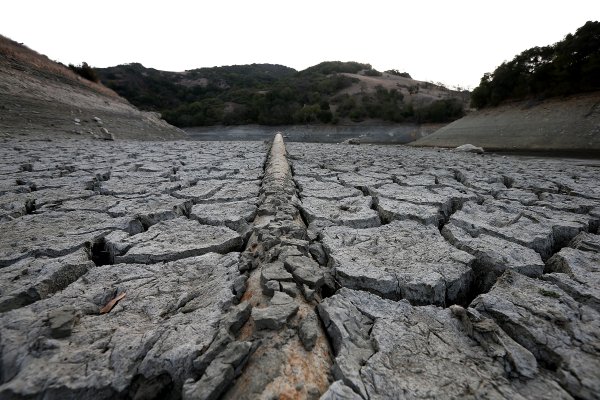