What Happens When You Lie To Congress?

The Senate report on the CIA’s interrogation program included a lengthy section outlining ways in which former CIA director Michael Hayden misled Congress. It’s against the law to lie to Congress, but proving that Hayden did that would be so difficult that it would verge on impossible, says a D.C. lawyer specializing in white-collar government litigation.

There are two statutes of U.S. Code that govern perjury before Congress. Section 1621 of Title 18, often called the “general perjury” statute, prohibits individuals from lying to Congress while under oath, while Section 1001, also known as the “false statement” statute, covers testimony given while not under oath. A person convicted of perjury could face fines up to $100,000 or up to five years in jail.

But the narrow language of the statutes makes convictions extremely hard to come by. “The perjury statute is a technical statute,” explains Mark Hopson, managing partner at Sidney Austin LLP’s Washington office. “It is especially difficult, if not impossible to prosecute statements that may be misleading or evasive but subject to an arguably truthful interpretation.”

The proof is in the numbers. According to Reuters, lawyer P.J. Meitl conducted a study in 2007 and found only six people who were convicted of perjury or related charges before Congress, going back to the 1940s. Two of the most famous convictions arose from the Watergate scandal during Richard Nixon’s presidency.

In another notable conviction in recent memory, Clair George, a high-ranking CIA official in the 1980s, was found guilty of lying to Congress about his knowledge of the Iran-contra scandal, though he was later pardoned. And one of the highest profile cases in recent years ended in acquittal: legendary baseball player Roger Clemens was charged with lying to Congress in 2008 about his use of performance-enhancing drugs, but he was acquitted of all charges.

Hayden denies that he lied to Congress. But even if he were deliberately evasive or deceptive, it’s likely that he wouldn’t be convicted of any crime. 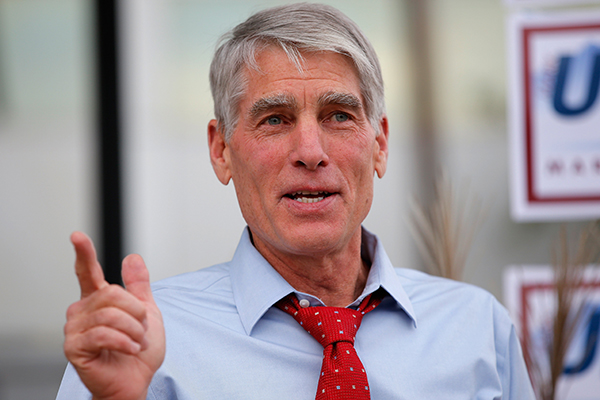