Colorado Democratic Sen. Mark Udall outlined a secret internal review conducted by former CIA director Leon Panetta on the chamber floor Wednesday, as he delivered a blistering critique of the agency’s torture during the George W. Bush Administration and President Obama Administration’s subsequent efforts to protect the CIA from accountability.

“In my view the Panetta Review is a smoking gun,” said Udall, who has pushed for access to the entire report as a member of the Senate Intelligence Committee. “One disturbing finding: [CIA] Director Brennan and the CIA are continuing to willfully provide inaccurate information and misrepresent the efficacy of torture. In other words, the CIA is lying.”

Udall called again for Brennan to resign and blamed the White House for providing cover for the agency, calling for Obama to “purge” the CIA of high-level officials “instrumental” to the development of the enhanced interrogation program.

“So while the study clearly shows that the CIA’s detention and interrogation program itself was deeply flawed, the deeper more endemic problem lies in a CIA assisted by a White House that continues to try to cover up the truth,” he said. Obama, he charged, has made “no effort” to “rein” Brennan in.

He then made public what he said were some of the key points of the secret review, finding that the agency has lied to its “overseers and the public, destroyed and tried to hold back evidence, spied on the Senate, made false charges against our staff, and lied about torture and the results of torture” without proper accountability:

Udall’s remarks came a day after Democrats on the Senate Intelligence Committee released a summary of its five-year, 6,000-page report on the CIA’s enhanced interrogation techniques—that are no longer used—concluding that it was ineffective and brutal, if not at times illegal. The CIA has rebutted those charges.

“Our review indicates that interrogations of detainees on whom EITs were used did produce intelligence that helped thwart attack plans, capture terrorists, and save lives,” said Brennan in a statement Tuesday. “The intelligence gained from the program was critical to our understanding of al-Qaeda and continues to inform our counterterrorism efforts to this day.”

“We also disagree with the Study’s characterization of how CIA briefed the program to the Congress, various entities within the Executive Branch, and the public,” he added. “While we made mistakes, the record does not support the Study’s inference that the Agency systematically and intentionally misled each of these audiences on the effectiveness of the program.”

Udall’s speech is likely the last of his career. He was defeated by Republican Rep. Cory Gardner last month. 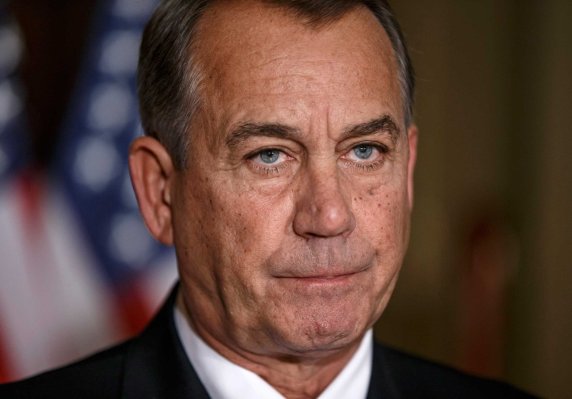