Ever since Japanese researcher Shinya Yamanaka found a way to treat skin cells with four genes and reprogram them back to their embryonic state, scientists have been buzzing over the promise of stem cell therapies. Stem cells can be coaxed to become any of the body’s cell types, so they could potentially replace diseased or missing cells in conditions such as diabetes or Alzheimer’s. And Yamanaka’s method also meant that these cells could be made from patients themselves, so they wouldn’t trigger dangerous immune rejections.

Now scientists led by Dr. Andras Nagy at Mount Sinai Hospital Lunenfeld-Tanenbaum Research Institute in Toronto report an exciting new advance that could push stem cells even closer to the clinic. In a series of papers in the journals Nature and Nature Communications, the group describes a new class of stem cell, which they called F class, that they generated in the lab.

The F class cells, says Nagy, have a few advantages over the Yamanaka-generated induced pluripotent stem cells, or iPS cells. While the iPS cells are created by using viruses to introduce four genes that reprogram the cells, Nagy’s team relied on a technique they developed several years ago using transposons—small pieces of DNA that can insert themselves into different parts of a genome. Unlike viruses, these transposons can be popped out of the genome if they’re no longer needed, and they don’t carry the potential risk of viral infection.

Nagy’s team found that the transposons were much more reliable vehicles for delivering the reprogramming genes exactly where they were needed to efficiently turn the clock back on the skin cells. What’s more, they could use the common antibiotic doxycycline to turn the four genes on and off; adding doxycycline to the cell culture would trigger the transposons to activate, thus turning on the genes, while removing the antibiotic would turn them off.

In this way, says Nagy, he was able to pump up the efficiency of the reprogramming process. Using the Yamanaka method, it was hit-or-miss whether the viruses would find their proper place in a cell’s genome, and more uncertainty over how effectively it could direct the cell to activate the four reprogramming genes. “F class cells are much more similar [in the culture dish], like monozygotic twins while iPS cells are more like brothers and sisters,” he says.

That consistency is a potential advantage of the transposon method, since any stem cell-based treatment would require a robust population of stem cells which can then be treated with the proper compounds to develop into insulin-making pancreatic cells to treat diabetes, or new nerve cells to replace dying ones in Alzheimer’s, or fresh heart muscle to substitute for scarred tissue after a heart attack.

Nagy’s team also described, with the most detail to date, exactly how mature cells like skin cells perform the ultimate molecular feat and become forever young again when exposed to the four genes. They analyzed the changes in the cells’ DNA, the proteins they made, and more. “It’s similar to high definition TV,” he says. “We see things much better with much more detail. We expect that having that high resolution characterization will allow us to better understand what is happening during this process at the molecular level. And obviously that better understanding is going to affect what we can do with these cells to make them better, safer and more efficient in cell-based treatments in the future.”

That may be years away yet, especially since some experts say that transposons may pose their own risk of wreaking DNA havoc on a cell’s genome. But having another type of stem cell that could potentially churn out healthy cells and tissues to replaced diseased ones is a welcome development. 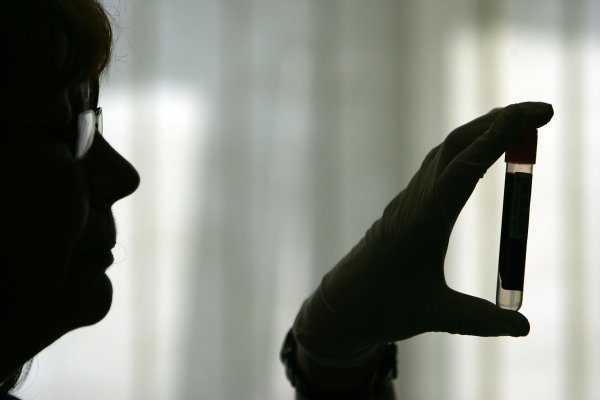 Genetic Screening Saved This Baby's Life
Next Up: Editor's Pick