'Trauma Ruptures You in Two'

Your brain does strange things when it thinks you’re about to die. It is difficult to articulate just how strange. We forget, most of the time, that we are animals. We are civilized, rational beings, secure in our autonomous personhood, safe in the unassailable certainty of self – “I begin and end here, at the tips of my fingers, at the surface of my skin.” But when another person tries to disrupt that personhood, tries to take from you that autonomy that you have been taught to hold sacred, the primitive takes over and you become unrecognizable. Your sense of self is upturned.

The only way that I can describe it is to say that trauma ruptures you in two. It happened to me when, four years ago, a man tried to sexually assault and strangle me to death as I walked home from a party. Suddenly, there was this new, unrecognizable me, existing in parallel to my normal, rational self. In contrast, she was completely irrational and unpredictable. She was a wounded animal in the corner, flinching at every perceived threat.

As if living your life in a fragile state of fear and hyper-awareness weren’t enough, additional problems come when outside observers try to impose their rational view of the world on trauma victims. Friends and family, police officers, prosecutors, college counselors and, perhaps most relevantly here, journalists, will view your trauma within their own, undisrupted, rational frameworks. They might question why you are recounting the incident with such a lack of emotion, or why you are laughing. They might say that your testimony is inconsistent, as Rolling Stone did when its editors backtracked on their report of the alleged gang rape of student Jackie at the hands of a group of University of Virginia fraternity brothers. There were, they said, “discrepancies” in her account. An original version of their note, which has since been revised, said their “trust in her was misplaced.”

As people clamored to accuse Jackie of lying about her assault, to make her a poster child for false rape accusations, all I could think was, “Discrepancies? That sounds about right.” As Lena Dunham, whose own rape testimony has been subject to the doubting scrutinity of reporters, said, “survivors are so often re-victimized by a system that demands they prove their purity and innocence. They are asked to provide an unassailable narrative when the event itself is hazy, fragmented, and unspeakable.” If anything, I would have been more surprised had a woman who has been held down in a dark room and raped by man after man for hours been able, after all that horror and trauma, to produce a lucid, cohesive, play-by-play account of events.

I don’t know whether Jackie was raped. Only she and the alleged men in the room that night know this. But I do know that discrepancies are a natural consequence of extreme trauma. Few people seem to realize that a muddled, incoherent account of a traumatic incident is almost humdrum in its predictability.

From a neurological perspective, a traumatic incident triggers a fight-or-flight response. The brain’s prefrontal cortex, which is responsible for decision-making, social behavior and personality expression, is temporarily impaired. The non-conscious parts of your brain take over and stress hormones are released. As a result, traumatic memories become stuck, and the rational parts of your brain are unable to access them.

Trauma can severely affect the hippocampus, which converts short-term memories to long-term memories. Memories of the incident become disordered, fragmented, and incoherent. The two sides of the brain stop working together. Trying to produce a coherent narrative from the event, as a police interviewer or a reporter will attempt to do, is an obvious challenge. The victim will struggle to give a linear account and inconsistencies will be pounced upon.

I became aware of the fallibility of memory after I entered therapy for Post Traumatic Stress Disorder. Part of the treatment revolved around reliving, in detail, the night I was attacked. This helps your brain store your chaotic, confused memories properly. Think of it as a filing cabinet, except all the papers are in a muddle on the floor. Your task is to file them. It was emotional, and often tedious work. As the months went on, the Word document that I kept on my computer became longer and longer as events and actions were suddenly recalled and filled in. In comparison to my initial police statement, it was rich with detail. It took nearly a year to get there.

Law enforcement officials will naturally expect a timeline peppered with facts, but for many victims of rape and assault, establishing that timeline is not just a struggle but a near-impossibility. Police and prosecutors need to be more aware of this. They are, essentially, dealing with someone whose brain has been damaged.

We inhabit a culture in which female victims are so often blamed for their own assaults. Yet so many of these victim-blaming statements can be attributed to the affects of trauma. Aside from patchy and disjointed memories, there are other classic behaviors that are relevant here. Observers may ask, “Why didn’t she fight back?” when to freeze and enter a dissociative state is a common response during a traumatic incident. A lack of emotion or numbness when describing events can be explained by the symptom of flat affect. A failure to cooperate with interviewers can be attributed to hyper-vigilance – a need to control the circumstances surrounding the assault after what has amounted to a complete lack of control. A reluctance to go to the police at the time could be explained by the classic evasiveness displayed by a PTSD sufferer. The victim may want to avoid reliving the incident for fear of flashbacks, which inevitably trigger a primitive, panicked response exactly like that which took place at the time. This evasiveness can be conscious or subconscious. I am usually not a forgetful person, but in the months after my attack I would repeatedly forget appointments with my Victim Support officer.

Then, on top of all this, you have the guilt and the shame. The belief that it was your fault. The fear that you will not be believed. A fear that Jackie may have hinted at when she said she tried to withdraw her testimony from Rolling Stone. A fear that was then confirmed. People do not believe her, yet according to a report by the National Center for the Prosecution of Violence Against Women, only 2% to 8% of rape accusations are false.

I have no doubt that our tendency as a society to victim-blame women has its roots in misogyny. But I also think it shows a fatal misunderstanding of the effects of trauma on the brain. Retraining those working in the field is expensive and laborious but of urgent necessity. Your brain does strange things when it thinks you’re about to die. We owe it to victims to try to understand this, to help them piece their ruptured selves back together.

Rhiannon Cosslett is a writer, columnist and the co-editor of feminist blog The Vagenda. 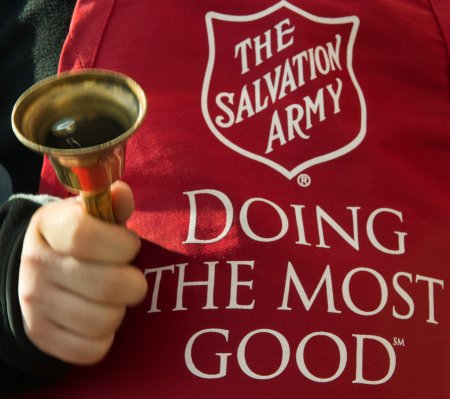 Even If the Salvation Army Is Homophobic, Can We Please Leave the Bellringers Alone?
Next Up: Editor's Pick