Until 2014, This Man Was TIME's Only Medical Person of the Year

“Some ages are defined by their epidemics,” wrote Philip Elmer-De Witt in TIME’s 1996 Man of the Year issue. The 14th century was the time of the bubonic plague. The 16th brought smallpox to the new world. In the early 20th century, influenza rampaged. “Today,” he wrote back then, “we live in the shadow of AIDS–the terrifyingly modern epidemic that travels by jet and zeros in on the body’s own disease-fighting immune system.”

The idea that a virus or bacterium can change the world — and that the men and women who fight them can too — is no less true now than it was then. On Wednesday, TIME announced that the Ebola Fighters have been named the Person of the Year for 2014.

As TIME’s Editor Nancy Gibbs notes, this year’s Ebola outbreak has brought forward heroes while raising the question of how the world can turn their personal sacrifices into new ways to fight the virus, to respond to epidemics and to care for those who need it most.

And though AIDS and Ebola remain two of the most frightening diseases on earth, looking back at 1996’s Man of the Year cover story can bring at least a little hope that those questions stand a chance of being answered. (There were theoretical medical researchers included in the 1960 Men of the Year issue, honoring U.S. scientists, but their work as doctors was not the focus of the story; Dr. Ho is the only Man of the Year prior to 2014 selected specifically for his work with a disease.) At the time, AIDS was a death sentence — but Ho, by successfully lowering the virus count in patients who received a combination of new and powerful drugs when they’d only just been infected, helped change the way the medical community looked at HIV and AIDS.

Nearly two decades later, though an AIDS vaccine is still not a reality, progress has been substantial. AIDS researchers have found their answers to many of the questions Ebola fighters face today. Treatment protocols are well established (if not applied equally all over the world). Survival is no longer miraculous. It’s possible to prevent transmission. And, just this winter, TIME took a look at the state of AIDS in San Francisco and found that, against what would have once seemed impossible odds, the city has the elimination of the disease in its sights.

Dr. Ho continues to direct the Aaron Diamond AIDS Research Center; in 2010, TIME profiled him again and found that he was still pioneering new ways of treating the disease. That tireless work by Ho and his colleagues is one of the reasons AIDS is no longer a defining disease of our time — and if he demonstrates that devotion and dedication can make a difference, that’s just one more reason to honor the Ebola fighters.

Read the full story about Dr. David Ho, here in the TIME Vault: Man of the Year, Dr. David Ho 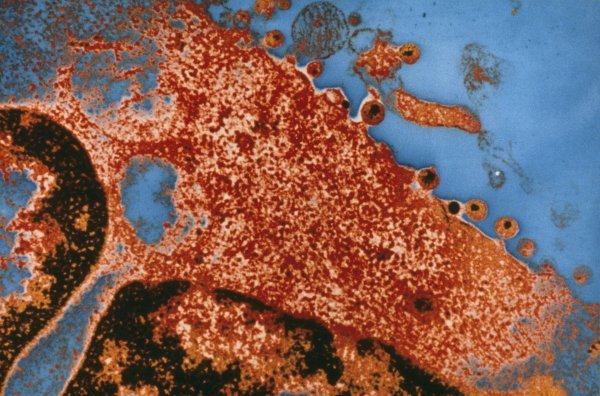 How the Mystery of AIDS Created Dangerous Myths
Next Up: Editor's Pick