Legal teams from the Associated Press, CNN and Bloomberg filed a motion to obtain the video deposition, in which Jobs defends Apple in a major antitrust lawsuit accusing the company of deleting music downloaded from rival services from customers’ iPods, The Verge reported Tuesday.

“We’re not asking for anything other than what the jury heard,” said Tom Burke, a partner at law firm David Wright Tremaine representing the media companies. “Steve Jobs is not your typical trial witness, and that’s what makes this a unique circumstance.”

Apple’s lawyers pushed back on the request, arguing that Jobs’ video was not admitted into evidence, which means the exhibits do not have to be shared with the press. One of Apple’s lawyers, Jonathan Sherman, a partner at Boies, Schiller, and Flexner, said the video provides no real value other than to satiate the media’s curiosity.

“The marginal value of seeing him again, in his black turtleneck — this time very sick — is small,” Sherman said. “What they they want is a dead man, and they want to show him to the rest of the world, because it’s a judicial record.”

U.S. District Court Judge Yvonne Gonzalez Rogers, who will make the final decision regarding the video, has already expressed concerns that a public release is “is diametrically opposed from the rule that says I cannot allow the recording of these proceedings.”

Rogers said she will require additional time to make her decision. She will accept additional arguments from the media companies if filed by the end of the week. 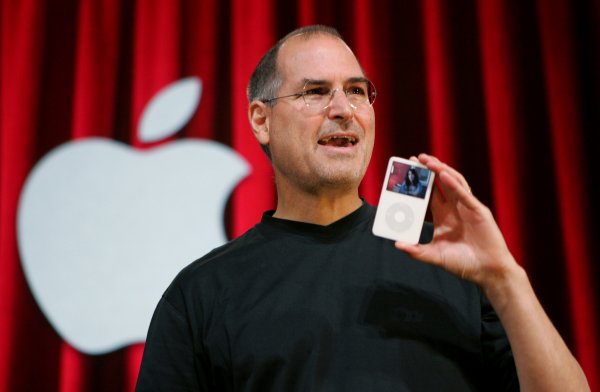 Apple Accused of Deleting Songs From iPods
Next Up: Editor's Pick