Cuba Gooding Jr. Will Star in a TV Dramatization of O.J. Simpson's Trial

Cuba Gooding Jr. has been cast as O.J. Simpson in the first season of FX’s new series American Crime Story, which takes as its subject the 1995 murder trial of the infamous ex-footballer.

This will be the Academy Award–winning actor’s first lead role in a TV series, the Wall Street Journal reports.

Sarah Paulson, of American Horror Story, has been cast as prosecutor Marcia Clark in the debut season, which is entitled The People vs. O.J. Simpson and reportedly hews close to Jeffrey Toobin’s 1996 book on the trial The Run of His Life.

Producer Ryan Murphy, who co-created Glee and American Horror Story, said the new series does not yet have an official premier date but might debut in January 2016. Each season, he says, will dramatize trials that transfixed the public in real life. 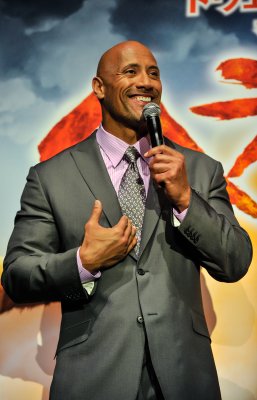 Watch the Trailer for San Andreas
Next Up: Editor's Pick