How the Heisman Trophy Got Its Name

The latest winner of the Heisman Trophy, the annual top award for college football players, will be announced on Saturday. But, while the trophy and its signature pose have become synonymous with college football success, the actual career of this “Heisman” guy isn’t exactly well-known.

So who was Heisman, and why is there a trophy named after him?

As the award’s official site lays out, John W. Heisman was — unsurprisingly — a college football player, active in the late 19th century. After that, his story gets a lot more noteworthy. For one thing, while studying law and playing ball at the University of Pennsylvania, his eyesight was damaged — his official bio says by a bolt of lightning striking nearby, but other sources argue that the damage was more likely to have come from exposure to flashing lights during a football game he played at Madison Square Garden. In any case, he graduated but was unable to go straight to a law practice, as his eyes needed to rest.

In 1892, he began coaching at Oberlin College — and he never did get around to practicing law. His coaching career took him to schools including Georgia Tech, Auburn and UPenn. He’s also credited with introducing the center snap, the hidden ball trick and the practice of paying coaches. After he retired from coaching, he worked at the Downtown Athletic Club in New York City, where he founded the National Football Coaches Association and organized a vote to pick the best college player of the year. The first such award, in 1935, went to Jay Berwanger of the University of Chicago; the trophy has been in the shape of a player with his arm extended since the very beginning.

Heisman died the next year and the award was then named in his honor — an honor that continues to this day.

Not that everything about the Heisman Trophy is about honoring him: when Berwanger died in 2002, it was reported that the player’s aunt had used the first-ever Heisman Trophy as a doorstop.

Read a 1973 story about Oberlin’s athletic program, here in the TIME Vault: Overhaul at Oberlin 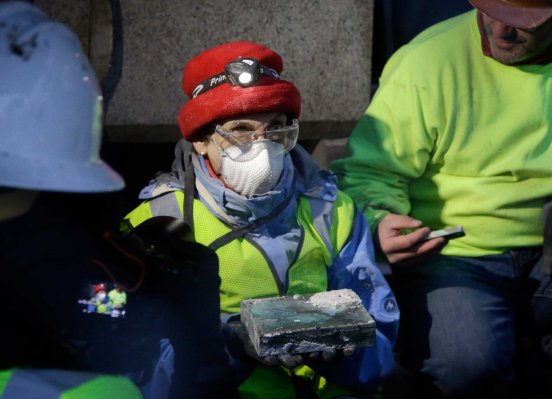