Bob Dylan's Next Project is a Frank Sinatra Covers Album

Bob Dylan and Frank Sinatra may share a similarly undeniable influence on the history of American music, but the similarities between their musical styles are limited at best. So Dylan’s announcement that his next album will consist entirely of renditions of Sinatra tunes leaves one imagining quite the unexpected mash-up.

In a press release on his website, Dylan hints at what Shadows In the Night might sound like. The album was recorded live, without separate tracking, and the songs are stripped down from the fullness of the big band originals. Dylan says that until now, he was “never brave enough to approach 30-piece complicated arrangements and refine them down for a 5-piece band.” He doesn’t conceive of the songs as covers, stating that they’ve already been covered to the point of being “buried.” “What me and my band are basically doing,” he explains, “is uncovering them.”

The album drops on Feb. 3, 2015. The track list is below, along with Dylan’s version of Sinatra’s “Full Moon And Empty Arms,” released back in May. 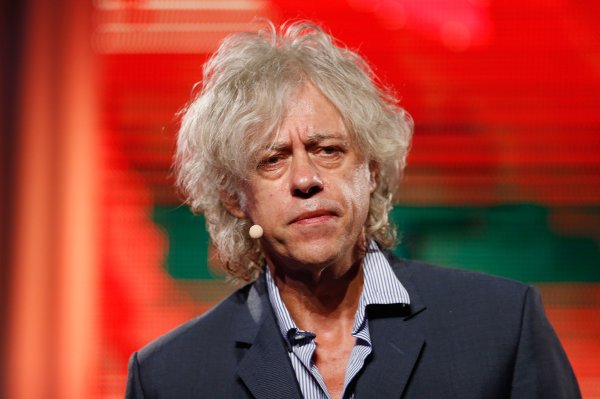 Bob Geldof Has a Four-Letter Response to Band Aid 30 Critics
Next Up: Editor's Pick