Remember those “potty-mouth princesses” who drop F-bombs in the name of feminism? Well, they’re back and have a bone to pick with Santa. Yes, that Santa.

The left-leaning advocacy group FCKH8 has raised eyebrows with its shock tactic advertising (swearing little girls wearing princess gear) to raise awareness on issues — like violence against women, gender inequality, and now the gender wage gap. Grade school girls holding up fractions of soccer balls and skate boards say, “How sh**** would it be if Santa were sexist as society?” … followed by a series of expletives.

There are few things more disarming than little girls in party dresses cussing out Santa Claus. Except maybe the fact that women make 78% of their male counterparts’ salaries should be. 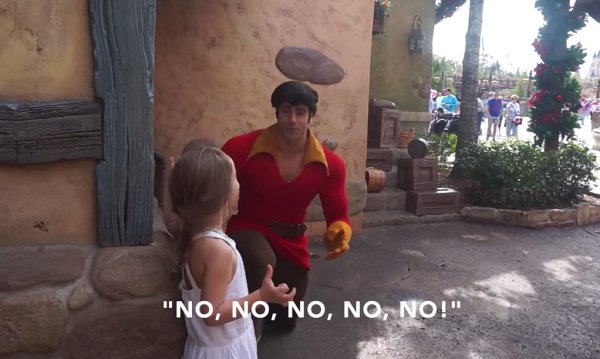 Watch a Little Girl Stand Up to Gaston From Beauty and the Beast at Disney World
Next Up: Editor's Pick