On Dec. 31, 2013, a former Uber driver named Syed Muzaffar made a right turn onto Polk Street in San Francisco and hit a family in the crosswalk. The mother, Ang Liu, and her 4-year-old son were hurt but survived; Liu’s 6-year-old daughter, Sofia, was fatally injured. On Monday, Muzaffar was charged with misdemeanor vehicular manslaughter, which carries penalties of up to one year of jail time. According to court documents, Muzaffar was in between UberX fares when the accident happened.

Uber is in the midst of a PR firestorm, and regulators in cities like New Delhi and Portland are moving to ban Uber over concerns about safety and oversight. The case of Sofia Liu has driven conversations about how to balance popular new transportation services with safety in California, and a civil case her family filed against Uber remains unresolved.

Investigators found there was no cause for charging Muzaffar with gross negligence as a felony, which carries stiffer penalties and is more typical in cases where, for example, the driver is intoxicated. The Liu family’s lawyer, Christopher Dolan, says they are disappointed with the prosecutors’ decision and that they greeted the news of the charge with a question: “What about Uber?”

The girl’s family sued Uber in January, claiming that the company is responsible for the daughter’s death and costs associated with the accident. According to the complaint filed in San Francisco Superior Court, Muzaffar was logged into the Uber app and monitoring his smartphone at or near the time he made the fatal turn. Christopher Dolan, the attorney representing the family, says the last thing the mother saw before being hit “was the driver looking down at his cell phone.”

Uber, whose officials have repeatedly emphasized that drivers are independent contractors and not company employees, responded in court documents that Muzaffar was not carrying a fare, heading to pick up a fare or responding to a request for a fare at the time, and therefore had “no reason” to be interacting with the Uber app on his smartphone. The company describes him as “a former licensee of Uber’s software application” and while acknowledging that Muzaffar was logged into the app, the company’s lawyer said Uber “did not cause this tragic accident” and therefore the company’s insurance policy should not cover any damages like the family’s medical or burial bills. (Uber has not yet responded to a request for comment for this article.)

Dolan says he’s currently waiting for Uber to produce documents he’s requested in hopes of proving that drivers like Muzaffar actually are more like employees than independent contractors and that Uber should therefore bear more responsibility for them, including paying the Liu family’s $200,000 in medical bills. He helped lobby for a bill signed into law by California Gov. Jerry Brown in September, which requires companies like Uber to cover their drivers “from the moment” the app is on, even if the driver has not yet been matched with a passenger.

Dolan plans to argue that Uber’s business model is in conflict with California law, because it necessitates distracted driving—as drivers monitor the app, respond to fare requests and send updates to awaiting passengers. He hopes to force the tech company to move to an auditory rather than visual operating system for connecting drivers and riders. “What people don’t realize is that while Uber provides instant gratification,” he says, “there are going to be delayed consequences.” 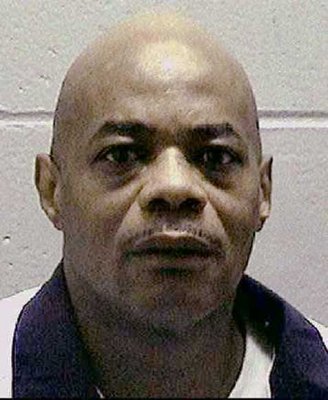 Georgia Man Set for Execution Despite Drunk Lawyer
Next Up: Editor's Pick