The Sad State of the Best Actress Oscar Race

While much ink was spilled today about whether David Oyelowo of Selma or Jake Gyllenhaal of Nightcrawler were unfairly shut out of the best actor Oscar race, there’s little controversy over who received Best Actress nods this year. The Academy (yet again) picked from just a handful of female candidates, and their limited choices suggest that little progress has been made since last year when Cate Blanchett used her Oscar acceptance speech to critique “those of us in the industry who are still foolishly clinging to the idea that female films with women at the center are niche experiences — they’re not. Audiences want to see them, and in fact, they earn money.”

In the 11 months since that speech, Blanchett has in many ways been vindicated. The Hunger Games: Mockingjay – Part 1, Maleficent, Gone Girl, Frozen, Lucy and The Fault in Our Stars, all of which featured female protagonists, were among the top 25 grossing films of 2014. And yet the prestige lower-grossing dramas from which the best actress nominations are usually chosen were still largely dominated by men: Only one of the eight nominees for best picture also produced a best actress nominee (Felicity Jones for The Theory of Everything), while four of those films yielded best actor nominations.

Here are this year’s nominees for best actress:

Jones and Pike are newcomers, but the majority of women on this list should look familiar. This is Cotillard’s second Oscar nomination, Moore’s fourth and Witherspoon’s second. If it weren’t for the snub of five-time Academy Award nominee Amy Adams, who won a Golden Globe for Big Eyes last week, one might think the Academy voters never got fatigue in this category.

Despite the familiarity of the names, the films may require a Google search. The general public will not have seen or perhaps even heard of most of these films, save Gone Girl and Theory of Everything, and whether these two are “female films” is up for debate: Both relationship dramas give top billing and the majority of screen time to the man (Ben Affleck for Gone Girl and Eddie Redmayne for The Theory of Everything).

That can’t be said for any of the movies that produced the best actor nominees. Foxcatcher is about as testosterone-heavy as a movie can get, and the majority of American Sniper is spent following a group of male Navy SEALs. Though there are some phenomenal supporting performances from women in Birdman and The Imitation Game, the male actors in those films are indisputably the protagonists.

Why big-budget prestige dramas continue to be so male-centric is no mystery. This year’s Celluloid Ceiling report from the Center for the Study of Women in Television found that only 17% of any of the almost 3,000 people working in behind-the-scenes roles on films (directors, writers, producers, editors, cinematographers, etc.) were women. Though male filmmakers can bring complex, interesting female stories to the screen, artists tend to create what they know.

That leaves few options for actresses seeking Oscar gold. Reese Witherspoon, fed up with most studios’ refusal to develop female centric films, created her own production company, Pacific Standard, and quickly optioned two of the most buzzed-about books by female authors from recent years, Gone Girl and Wild. She’s immediately seeing the payoffs with nominations for herself and Pike both playing highly unlikable but completely absorbing women in those two films.

Meanwhile, other actresses have had to seek out films with smaller budgets and releases. The Belgian film Two Days, One Night surprised most by earning Marion Cotillard a best actress nomination despite getting a very small distribution in the United States at the very end of December. And the independently-financed Still Alice hit the Toronto Film Festival with no buzz and no distributor. Though Julianne Moore is now considered a lock for the win, the film was a wild card until Sony snatched it up after the festival screening.

It’s hard to imagine a film with a best actor frontrunner having such a low-profile debut. But such is the state of great female performances until studios begin to invest in them. 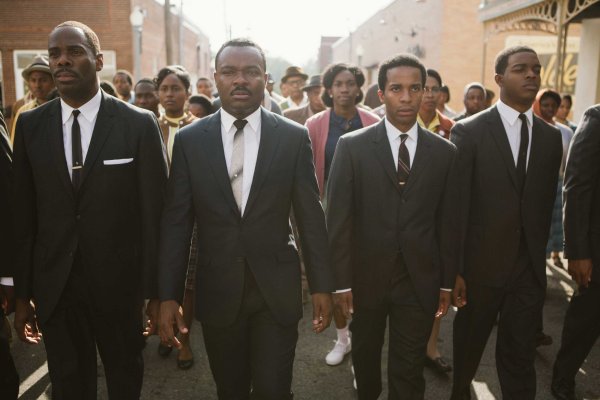 Ava DuVernay's Missing Oscar Nomination Is Part of a Bigger Problem
Next Up: Editor's Pick