What Did Top Democrats Know About CIA Interrogation?

The lobby of the CIA Headquarters Building in McLean, Va.
Larry Downing—Reuters
By Alex Rogers

Sen. Jay Rockefeller, the top Democrat on the Senate Intelligence Committee during much of the George W. Bush Administration, has a message for Jose Rodriguez, a former top CIA official in charge of the post-9/11 interrogation program.

In a Washington Post op-ed Friday, Rodriguez accused Rockefeller and other Democrats of hypocrisy for opposing the torture of terrorism suspects after being briefed on such actions and giving their tacit support, a claim Rockefeller clearly felt was ridiculous given his years of investigating the agency’s use of torture and efforts to publicly release the Senate Democrats’ CIA torture report, which finally occurred on Tuesday.

But Rodriguez’s charge of Democratic hypocrisy—shared by many Republicans on Capitol Hill—beg a review of what two top Democratic Congressmen, Rockefeller and House Democratic Leader Nancy Pelosi, knew of the CIA’s interrogation program.

In early September 2002, the CIA briefed Pelosi and other top members on the House Intelligence Committee about the enhanced interrogation techniques. The members and staffers “questioned the legality of these techniques if other countries would use them,” but the CIA’s Counterterrorism Center legal staff deleted from a draft memo that sentence, according to the Senate Intelligence Committee’s new report. Rodriguez, who was CTC director at the time, replied in an email, “short and sweet.”

Pelosi’s definitive response has been the same since 2009, when she said that she was not told in the briefing that waterboarding or any other enhanced methods had already been used—even though they had been. She did recall then that the Administration did say those methods are legal. She added that she heard about the use of some of the EITs in early 2003, but did not speak out due to government secrecy rules and worked to ban the use of torture through legislation and electing a Democratic President in 2008. Rodriguez charges that he briefed Pelosi of the EITs, including waterboarding, had been used in 2002.

One of Rodriguez’s main points on an alleged Democratic flip-flop is that congressional leaders like Rockefeller tacitly supported the interrogation program as they participated in dozens of briefings between 2002 and 2009. Rockefeller took to the Senate floor Tuesday to detail how exasperating those briefings were, calling them “a check box exercise that the Administration planned to use and later did use so they could disingenuously claim that they had—in a phrase I will never forget—‘fully brief the Congress.’” He called his efforts to investigate the CIA interrogation program, which led to Intelligence Chairman Dianne Feinstein’s new study, “the hardest fight I’ve ever been through.”

“The CIA refused to provide me or anybody else with any additional information about the program,” he said of briefings that began in 2003, when he rose to a top post on the Intelligence committee and first learned about some aspects of the interrogation program. “It was absurd,” he added of the 45-minute flip chart presentations led by Vice President Dick Cheney, recalling the drives back with Senate Intelligence Chairman Pat Roberts in which they couldn’t speak to each other.

“They refused to offer anything to be of assistance,” he said of the CIA. “The briefings I received offered little or no insight into the CIA’s programs. Questions for follow-ups were rejected and at times I was not allowed to consult with legal counsel.”

Rockefeller added that he hoped that the more than 6,000-page Senate torture report is made public—so far a 500-page executive summary has been—to ensure U.S.-sanctioned torture “never happens again.” 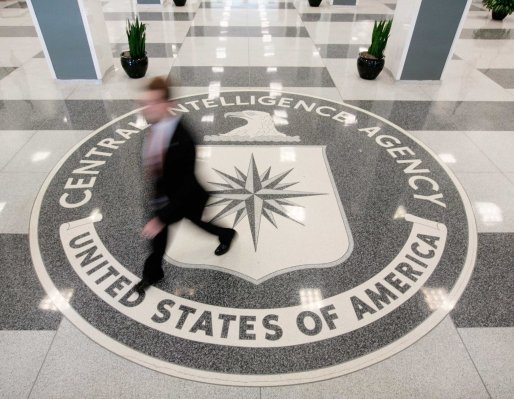 What the CIA Actually Did in Interrogations
Next Up: Editor's Pick