Australia has followed the U.K. in lining up a so-called “Google Tax” on multinational companies to stop them shifting billions of dollars of profits offshore.

Treasurer Joe Hockey said that the Australian Tax Office(ATO) is currently “embedded in the offices” of 10 big companies in an effort to work out whether they were paying a fair amount of tax in Australia. Hockey wants to squeeze out A$1 billion ($833 million) in revenue over the next three years from the clampdown.

It’s the latest go-it-alone initiative by a G20 country to press ahead with tackling “profit-shifting” by big companies, following a similar initiative by the U.K. last week, and Hockey admitted it may backfire without support from the rest of the international community.

“You actually have to have co-ordinated action because ultimately you can take unilateral action here, but if other jurisdictions allow multinationals to get away with it, then whatever you do domestically is not going to work,” the Sydney Morning Herald quoted him as saying.

The G20 is slowly working its way through enacting a 15-point plan, developed by the Paris-based Organization for Cooperation and Development, aimed at eliminating “base erosion and profit shifting”, but the plan isn’t expected to be implemented by the end of 2015 at the earliest.

The European Union’s antitrust directorate, meanwhile, has launched a number of test cases into the arrangements between companies such as Apple, which may end up forcing them to repay millions of euros in tax credits.

Hockey declined to confirm a report that the companies now being reviewed by the ATO included Google Inc., whose aggressive use of tax loopholes in the E.U. and offshore jurisdictions has made it a shorthand for the practise of profit-shifting.

However, the profit goes well beyond either Google or the tech sector in general. The SMH cited a recent mass-leak of tax documents from PriceWaterhouseCoopers showing that furniture store IKEA had paid only A$30.7 million ($25.6 million) of tax on A$1 billion ($833 million) in earnings since 2003.

The Guardian reported Australian tax commissioner Chris Jordan as saying that officials decided at the start of the year to review the tax practises of 86 companies from a range of industries. Around 30 have been completed so far, including 10 of tech companies, he said.

“If you are open and meeting your tax obligations we will work with you,” Jordan said.

“If you are not being honest about your activities, then we will go through every transaction, we’ll talk to your customers to verify your claims and we will camp out at your offices checking everything you tell us.” 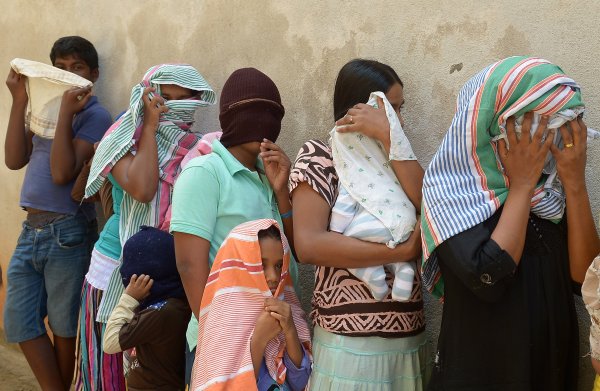