The new Apple Watch is displayed during an Apple special event at the Flint Center for the Performing Arts on September 9, 2014 in Cupertino, California.
Justin Sullivan—Getty Images
By Alex Fitzpatrick

Got cred in the fashion world? Then Apple may want to hire you to help sell its upcoming Apple Watch.

Apple is looking to hire retail employees with “a fashion or luxury background,” according to internal documents seen by Apple-watching site 9to5Mac.

If accurate, that hiring strategy implies changes could be in store for Apple as the company gears up to bring its long-awaited Apple Watch to market. Earlier reports suggested that the Apple Watch could be sold as a luxury concierge item, which would be a drastically different experience than that offered by the Apple Store today. Similar Apple Store remodeling rumors have been floating around since Apple hired former Burberry CEO Angela Ahrendts as its senior vice president of retail and online sales back in October of 2013.

Apple hasn’t put a firm release date on the Apple Watch just yet, saying only that it will hit shelves sometime in “early 2015.” 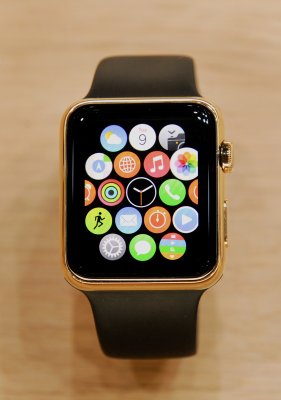 Yes, the Gold Apple Watch Will Be Crazy Expensive
Next Up: Editor's Pick