Portland Sues Uber and Orders It to Cease Local Operations

The Uber Technologies Inc. logo is displayed on the window of a vehicle after dropping off a passenger at Ronald Reagan National Airport (DCA) in Washington, D.C., U.S., on Wednesday, Nov. 26, 2014.
Andrew Harrer—Bloomberg/Getty Images
By Rishi Iyengar

The city of Portland, Oregon filed a lawsuit against Uber on Monday, alleging that the ride-sharing service did not conform to its administrative regulations.

“The lawsuit seeks declaratory relief that Uber is subject to and in violation of the City of Portland’s Private for Hire Transportation Regulations and Administrative Rules,” the Portland Bureau of Transportation said in a statement on its website.

The city’s transportation head Leah Treat has reportedly issued a cease-and-desist order to the San Francisco-based company, and the lawsuit requests the court to order Uber to stop operating in Portland until it has complied with “safety, health and consumer protection rules.”

The lawsuit comes three days after Uber’s highly publicized launch in the city and a week after Nevada banned its operations across the state.

Uber was also banned in India’s capital New Delhi on Sunday, days after one of its drivers was accused of raping a passenger, and is facing legal issues in Germany and the Netherlands as well. 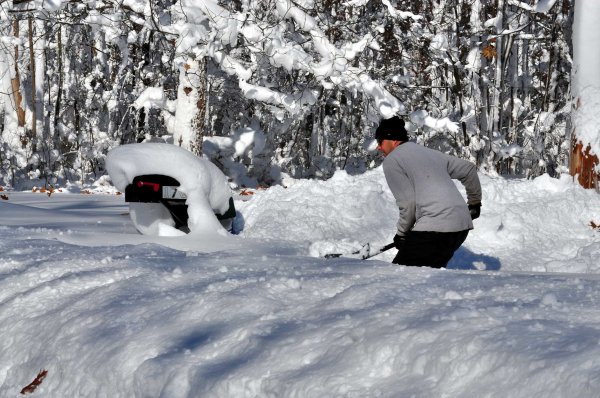 Second Nor'easter Is Coming
Next Up: Editor's Pick