When Game of Thrones returns in the spring, it will feature some new characters from George R.R. Martin’s novels: the Sand Snakes. Fans are excited about the television debut of Prince Oberyn Martell’s illegitimate children, but some were not so thrilled with photos of their costumes, which featured breastplates … with nipples on them.

As New York magazine’s The Cut points out, Martin even uses the phrase “as useless as nipples on a breastplate” in his actual books. To get to the bottom of “nipplegate,” the magazine sought out costume designer Michele Clapton for some answers — and she says it was all a mistake that she’s “not keen” on.

“Of course you have to have the woman’s shape,” she explained. “That’s fine. But [nipples on armor] is almost from a man’s point of view, and there’s something slightly cheesy about it.”

Clapton says the nipples on the armor were an accidental byproduct of the armor molds and that they were supposed to be sanded off, but she didn’t realize the sanding was incomplete until it was time to start shooting. Though the armor-nipples weren’t that noticeable during filming, she says, photos of the Sand Snakes on set exaggerate their prominence due to the lighting at the time.

“I was surprised when I saw the picture,” Clapton says. “But I didn’t notice them when I was there. And sometimes you can’t go back and change things.” 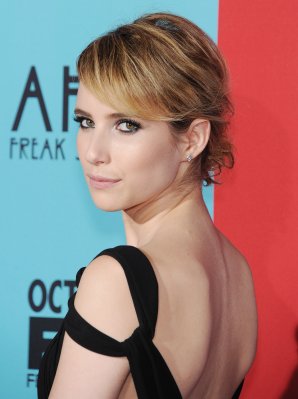