A Syrian Kurdish refugee child from the Kobani area holds another's hand as he walks between tents at a camp in Suruc, on the Turkey-Syria border on Nov. 14, 2014.
Vadim Ghirda—AP
By Dan Kedmey

A new report by the United Nations grimly labels 2014 one of the worst years for children on record.

The United Nation’s Children’s Fund, or UNICEF, reports that up to 15 million children have been exposed to violence in Central African Republic, Iraq, South Sudan, the Palestinian territories, Syria and Ukraine. Across the world, the agency adds, 230 million youth live in lands torn by armed conflict. That figure includes those who are internally displaced or who have been refugees.

In West Africa, where the Ebola outbreak has proven deadly for more than 6,000 people, an estimated 5 million children ave been kept out of schools.

“This has been a devastating year for millions of children,” said Anthony Lake, UNICEF’s executive director. “Never in recent memory have so many children been subjected to such unspeakable brutality.”

The agency called for a greater outpouring of humanitarian funding to help missions reach children in volatile and inaccessible areas. 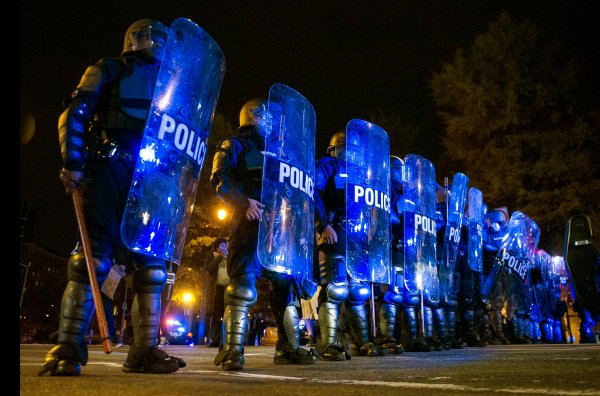