A cursory viewing of Perfume Genius’ video for “Fool,” the third video off of this year’s highly-acclaimed album Too Bright, might leave one wondering whether its hyper-serious rollerblading and mysterious religious rites constitute nothing more than a strange piece of performance art. But paired with a closer reading of the song’s lyrics, these artistic choices come together in a powerful statement about the tension between the true self and the exaggerated outward performance of self.

Much of the video for “Fool” deals with performance; the song addresses Hadreas’ tendency — as he told the Guardian — to “camp it up, make myself into a sort of novelty character to ease things along” as a defense mechanism in the face of homophobia. Whereas in real life he says he’ll play a sort of “Jack from Will and Grace” character, in the video he is dolled up, performing a seductive modern dance routine for a panel of judges. “I plume and I plume,” he sings, “like a buffoon.” Backed by birdlike, feathery dancers, he gets the panel to revel in this buffoonery, but his somber expression hints at the complicated feelings behind the act.

As he’s done with his videos for “Queen” and “Grid,” Hadreas makes full use of his music videos to complement the messages he hopes to convey with his music. Hadreas will spend the first months of 2015 touring to promote Too Bright. 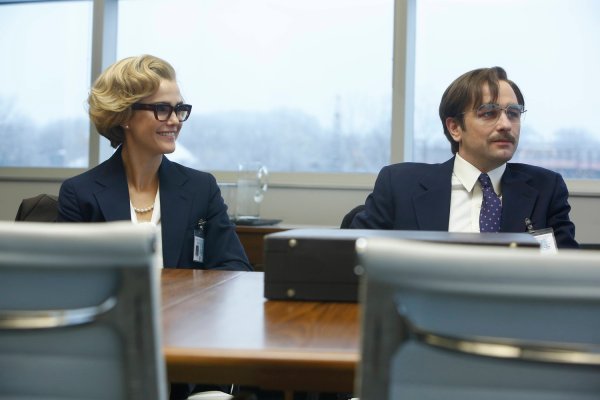 AFI Names Best TV of 2014, From The Americans to Transparent
Next Up: Editor's Pick