How the John Birch Society Was Founded

Had his story ended when he retired as a candy-maker, Robert Welch Jr. might have made his mark on history as the father of the Sugar Daddy, Sugar Babies and Junior Mints. But Welch, whose shrewd leadership helped grow his brother’s Massachusetts candy business a hundred-fold from 1935 to 1956, shifted his aim from caramels to communists

On this day, Dec. 9, in 1958, Welch — then retired from the candy business — founded the ultraconservative John Birch Society along with 11 like-minded “Americanists,” as they referred to themselves. Their goal was to expose and eradicate the growing leftist threat in America, which they believed to be 40 to 60 percent communist-controlled, according to a 1961 TIME report. Members of the John Birch Society saw communists wherever they looked, from the Oval Office of Dwight Eisenhower (“A conscious agent of the communist conspiracy,” per Welch) to the Bay of Pigs (“a theatrical performance jointly sponsored by Castro and ‘his friends in the U.S. Government’ in order to strengthen the communist hold on Cuba,” as paraphrased in TIME).

Repeating his candy-industry success, Welch led the group to impressive growth, with an official membership of just under 100,000 (although most members’ names were kept secret) and an annual budget of $6 million by 1966, according to TIME.

His management style was described as dictatorial, and the tactics he required of the society’s “cells” were extreme. According to TIME, young members were trained to tell their cell leaders if a teacher exhibited any communist tendencies, so their parents could “belabor the offending teacher and his principal for apologies…” One cell began a telephone campaign “to warn homeowners that some of their neighbors were suspected Reds.”

In these tactics, at least, Welch emulated the society’s namesake, who had been dead for more than a decade when the group was formed. John Birch was an Army captain killed in China just after the end of World War II, making him, in Welch’s eyes, the first casualty of the Cold War.

Birch was remembered by classmates and professors at the Baptist college he attended in Georgia as an angry zealot who organized a secret society to rout out liberals. Per TIME, “He and twelve colleagues collected examples of ‘heresy’ uttered by faculty members (example: a reference to evolution), whipped up support among Georgia’s Baptist clergy, [and] finally forced the school to try five men on the charge.” Birch went on to become a missionary, then a military intelligence officer. On a routine mission from his base in North China following Japan’s surrender, Birch ran into a Communist contingent. After arguing bitterly with the Communist officer who wanted to disarm him, Birch was shot and killed.

However, Birch’s commanding officer, Major Gustav Krause, later said he had urged Birch and others to act with diplomacy in the delicate post-war environment. “Birch made the Communist lieutenant lose face before his own men,” Krause told TIME. “Militarily, John Birch brought about his own death.”

Read TIME’s full 1961 report on the John Birch Society, here in the archives: The Americanists 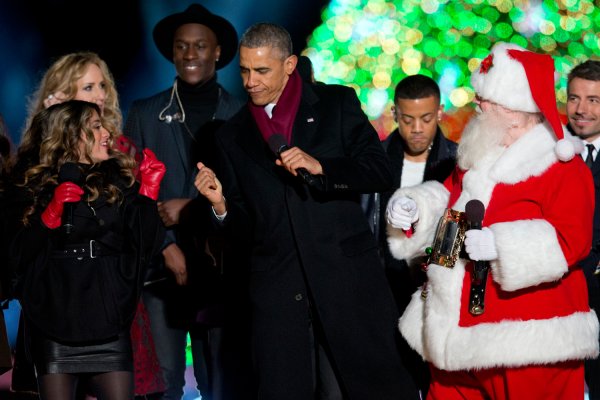 Watch Obama Break Out His Best Dad Dance Moves With Santa
Next Up: Editor's Pick