The most famous love story ever to scandalize the British Monarchy was, in the end, perhaps not quite as romantic as it seemed. Still, no one could deny the sacrifice King Edward VIII made on this day, Dec. 11, in 1936, when he announced to England that he had abdicated the throne to follow his heart.

“You must believe me when I tell you that I have found it impossible to carry the heavy burden of responsibility and to discharge my duties as King, as I would wish to do, without the help and support of the woman I love,” he told his subjects in a radio address the day he became the first monarch in British history to give up the crown voluntarily. (As head of the Church of England, he wouldn’t have been able to marry a woman who was, as TIME phrased it, “a lady with a past.”)

He was demoted to Duke of Windsor and fled Britain almost immediately to join the woman he loved — Wallis Simpson, or “that woman” to Royal Family relatives who scorned the twice-divorced American — in an unofficial exile in France.

But as a romantic gesture, abdication was a tough act to follow.

The shine may have worn off after the couple settled into a quiet daily life away from the pomp and responsibilities of nation-ruling. Or it may have worn off before that: Even while Britain was in uproar over the King’s choice of consort, Simpson told Edward she wanted out. He persuaded her to stay with him.

By some accounts, he did so by threatening to kill himself if she left — then shaming her into marriage by naming her as the reason for his abdication. In That Woman: The Life of Wallis Simpson, Duchess of Windsor, Anne Sebba makes the case that Simpson was still in love with her second husband, whom she had never intended to leave for the King. And she was made miserable by the hostility of the British royal subjects, who wrote mounds of threatening letters and called her “a prostitute, a Yankee harlot, and worse,” according to Sebba.

It wasn’t all bad press, however. While TIME calls Simpson a “citrus-tongued siren” in her 1986 obituary, it also notes that she was “fawned over by fashion designers for her ‘perfect elegance.’ ” And TIME named her the “Woman of the Year” for 1936 based partly on her notoriety, making her the woman in the history of the magazine’s Man of the Year franchise. As the story explained:

One can only imagine how much more interest she would have compelled — or how many more sordid details of her messy royal affair would have emerged — in the digital age.

Read TIME’s original coverage of the abdication, here in the archives: Prince Edward 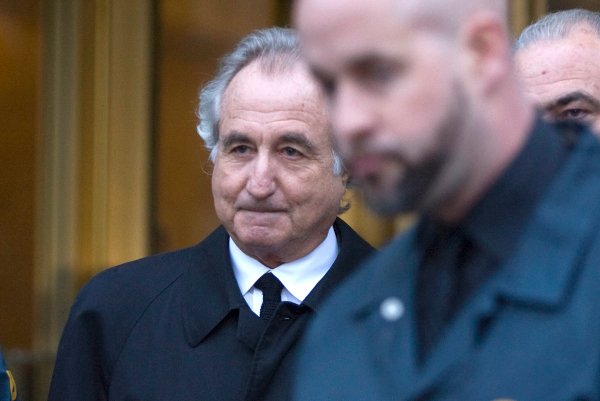 Where Are Bernie Madoff and His Inner Circle Now?
Next Up: Editor's Pick