Abortion Complication Rates Are 'Lower Than That For Wisdom Tooth Extraction', Study Says

People who get abortions are less likely to have complications than people who have their wisdom teeth removed, finds a new study published in the journal Obstetrics & Gynecology.

Researchers at University of California San Francisco wanted to understand, from a medical standpoint, the safety of abortions, so they analyzed 54,911 of them performed from 2009-2010 on women, as well as the health care services the women received in the six weeks following the abortion.

Of those abortions, only 2.1% resulted in a complication—considerably lower than the 7% complication rate for wisdom tooth removal and 9% rate for tonsillectomy, the authors point out. Major complications that required hospitalization, surgery or a blood transfusion occurred in only 0.23% of the women in the study—126 cases. That’s lower than the rate of major complications for colonoscopy, says study author Ushma Upadhyay, PhD, an assistant professor in the department of obstetrics, gynecology and reproductive sciences at UCSF.

Fewer than 2% of abortions resulted in a minor complication. Medication abortions—a sequence often called the “abortion pill“—had the highest rate of complications at 5.2%, “the vast majority of which were minor and expected,” the study authors write. Those minor complications often mean they come back for another dose to complete the abortion.

According to the study, 23 states now have regulations that an abortion clinic must meet standards for ambulatory surgical centers. 8 states have hospital transfer agreement requirements, and 13 require hospital admitting privileges. The typical explanation for these regulations has been that safety is a factor, but the researchers hope to remove that as an issue. “Across the country, there are a record number of restrictions against abortions,” Upadhyay says. “I think basically that they’re supported by the public because they seem like they are needed”—but abortion providers sometimes can’t get admitting privileges, so abortion clinics often end up being shuttered, she says. “I hope [the data] clarifies that abortion is a safe procedure, and that it’s not this scary procedure it can be made out to be in the media or public policy,” 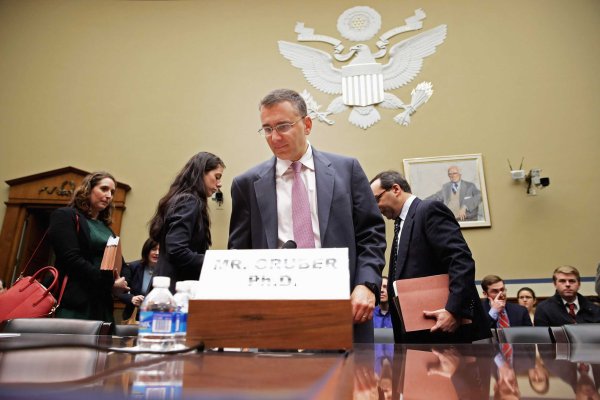 Obamacare Economist Apologizes to Congress
Next Up: Editor's Pick