Saturday Night Live released an unaired sketch from this week’s episode and it’s a doozie.

In the sketch, two Ferguson-area morning anchors — one black, one white, played by Cecily Strong and Kenan Thompson —are faced with sustaining their upbeat, inane chatter in the wake of the protests over a grand jury’s decision not to indict police officer Darren Wilson for the death of teenager Michael Brown. Their patter is filled with uncomfortable slips of the tongue and clear race divides that only get worse when guest chef Daryl Wilson (played by host James Franco) stops by to cook up a healthy meal.

While the sketch is uncomfortable and difficult to watch, it’s a shame that it was cut from the episode. Comedy has a long history of turning a lens on difficult situations and challenging people to think about events and circumstances we would rather avoid.

The SNL sketch also bears a striking similarity to NBC’s decision to focus on the annual lighting of the Rockefeller Center Christmas tree rather than show the streets surrounding the building, which were filled with protestors angered over the grand jury’s decision not to indict a white NYPD officer in the death of Eric Garner. 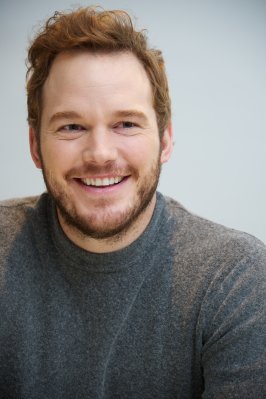 Chris Pratt Says Being a Dad Is So Much More Awesome Than Being an Actor
Next Up: Editor's Pick