On Friday, Chris Pratt took a break from being fun and charming and adorable to get a little more reflective and emotional. He attended the March of Dimes Celebration of Babies, where he shared the story of his son Jack, who was born prematurely.

His wife, actress Anna Faris, had Jack nine weeks early, Pratt explains, and he was just 3 pounds, 12 ounces. Of course, Pratt still managed to include humor in his touching speech. “That’s a decent-sized bass,” he joked. “Very small for a human.”

He went on to explain what fatherhood now means to him:

After a month in the NICU, Jack went home. “Our Jack went from a small, helpless little squirt to a strong, smart, happy, funny, beautiful boy who loves monster trucks and ‘Daniel Tiger,’ and, believe it or not, loves vegetables,” Pratt said. “Broccoli and cherry tomatoes are his favorite foods.”

We have a feeling Pratt is also a really great dad to his pug. 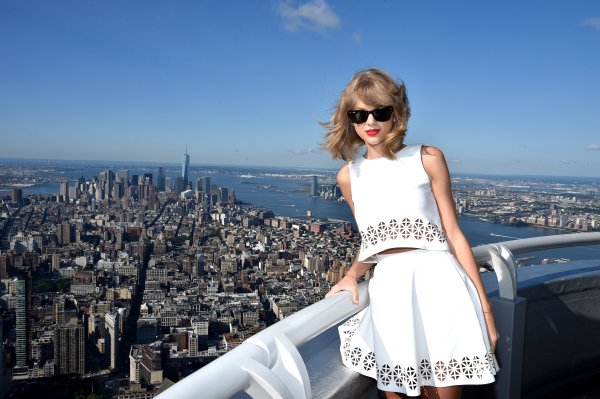 Taylor Swift Understands Why Some People Hate 'Welcome to New York'
Next Up: Editor's Pick