5 Places Where Uber Is Fighting for Its Life Right Now

Ride-sharing service Uber is one of the most well-funded startups ever with a value of $41.2 billion. It’s war chest will come in handy as it does battle with local governments around the world.

New Delhi’s Transport Department has banned Uber after one of its drivers was accused of raping a passenger, challenging Uber CEO Travis Kalanick’s ambitions to expand in developing countries. The driver, Shiv Kumar Yadav is suspected of driving a woman in her late 20s from Delhi to a seculed spot Friday night and assaulting her. A subsequent physical examination showed signs of a “fierce sexual assault and rape,” the New York Times reports.

Uber did not carry out background checks on Yadav, register his residential address, nor register his vehicle as a cab or install a GPS in the vehicle, which is required for commercial taxis, New Delhi police said. “We will do everything, I repeat, everything to help bring this perpetrator to justice and support the victim and her family in her recovery,” Kalanick said in a statement.

It’s not the first time that Uber drivers have been accused of sexual assault, and in San Francisco and Los Angeles, district attorneys have accused the ride-sharing service of misleading customers into believing they ban drivers who have ever committed criminal offenses.

And it’s also not the first time government authorities have banned Uber. The ride-sharing service has faced bans at one point or another in cities across the world, and many disputes with authorities remain unsettled. Here are five of the many places where Uber is facing government pushback—right now.

In Portland, Ore. Uber began operating illegally on Friday night and could face penalties, according to the city’s transportation bureau, including $1,500 for being caught the first time, $2,500 for a second offense and $5,000 thereafter. Portland isn’t happy: the city’s transportation commissioner Steve Novick said, “They think they can just come in here and flagrantly violate the law? This is really amazing. Apparently, they believe they’re gods.”

A court challenge against Uber in the Netherlands resulted this week in an injunction against the ride-sharing service, with a court saying the company can’t work with drivers who don’t have a license. Licensed taxi drivers, and drivers who don’t seek payment, can still drive for the service.

Uber has always faced a tough market in Germany, where the standard taxi cab is a Mercedes-Benz luxury sedan and Uber fancy cabs don’t stand out. And in September, courts in Berlin and Hamburg ruled the company did not comply with German laws and officially banned the service from using unlicensed taxi drivers.

Toronto authorities argued last month that Uber is “jeopardizing public safety” and is getting ready to fight the ride-sharing service in court.

Nevada issued a statewide ban against Uber last week, with a court arguing the company operates like a taxi business. Uber halted operations in the state.

Read next: Uber CEO Promises to Make Company ‘More Humble’ As it Raises $1.2B 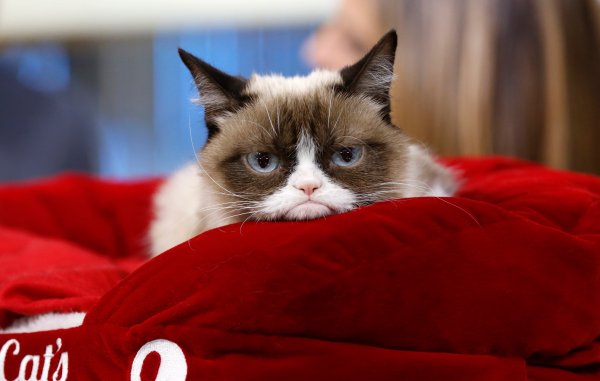 Grumpy Cat Has Made Way More Money Than You
Next Up: Editor's Pick