At least 21 people died as Typhoon Hagupit swept across the Philippines over the weekend.

But while the storm, called Ruby in the Philippines, also caused major damage to houses, electricity lines and roads, it was not as devastating as Typhoon Haiyan, which hit eastern and central regions of the Philippines one year ago, killing more than 6,300 people.

The U.S. military’s Joint Typhoon Warning Center has now downgraded the category-3 typhoon to a tropical storm, and many families from Legazpi and Tacloban, who were seeking shelter in churches and schools, have begun to return home.

On Sunday night, sustained wind speeds reached 75 m.p.h. as Typhoon Hagupit passed over the central Philippine island of Masbate. Through Monday, the storm is expected to be felt in Manila and will peak later on Monday evening.

Buildings are still in danger of collapse, and residents living in low-lying and mountainous areas are at risk of potential flash floods, storm surges and landslides as the storm moves slowly westward, reports say.

More than 1 million people took shelter in evacuation centers before the storm made landfall in the northern central town of Dolores on Saturday, bringing with it gusts of up to 106 m.p.h.

Authorities say they were better prepared for Hagupit than they were for Haiyan in 2013. People were evacuated in time and the military have been deployed to help clear roads and deliver aid.

Relief efforts are now under way, and Hagupit is expected to leave the Philippines on Tuesday or Wednesday. 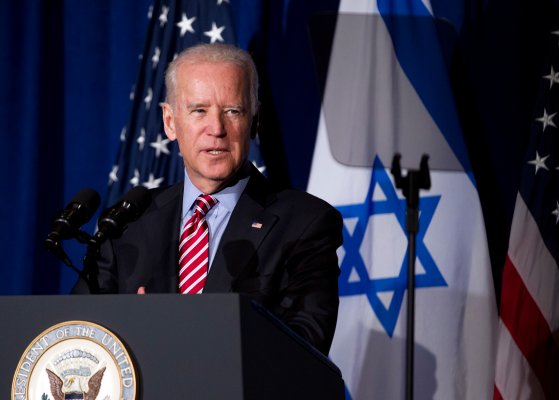 U.S.-Israel Relations Frozen Until Elections
Next Up: Editor's Pick