In a final that was often marked by poor touches and disjointed play, Keane made no mistake on his 111th-minute goal, running onto a ball from Marcelo Sarvas and beating Bobby Shuttleworth for the game-winner. The goal re-ignited an L.A. crowd that had grown quiet after Chris Tierney’s 79th-minute goal had tied the game at 1-1.

The title is a record fifth for LA, while New England is now 0-5 in the title game.

Here are my three thoughts on the game:

• Donovan goes out a champion

For months, Donovan had known there was a possibility he could win the MLS Cup in his final game on his home field. But it’s one thing to think about something and quite another to actually make it happen. Donovan didn’t score in his final game, but he provided some dangerous moments and showed his versatility, playing in three different positions.

For today, at least, he should thank Keane, the league MVP, who had struggled at times in this game, his frustration often boiling over, before he calmly slotted the title-winning goal in for the home team. For Donovan, winning the title is a fitting valedictory: His postseason will be remembered not just for Sunday’s game, but also for his epic hat trick in the series-deciding game against Real Salt Lake.

• Smart coaching moves made a difference

Arena and New England coach Jay Heaps both made good switches that affected the game. It was Arena’s second-half move of Donovan to forward and Zardes to left midfield that changed things up and made the Galaxy more dangerous. Donovan was in the middle of things more often as a center forward, while Zardes was able to get free for his goal.

As for Heaps, he didn’t hesitate to pull the ineffective Charlie Davies and insert Patrick Mullins, who had played all of 16 minutes in the postseason. All Mullins did was create the goal that tied the game at 1-1. U.S. coaches often get criticized for their tactics, but both Arena and Heaps made the right moves on Sunday. By winning, Arena won his record fifth title as a coach.

LA didn’t win the Supporters’ Shield, losing out to Seattle in the end (Seattle had 64 points; LA 61), but this Galaxy team had the second-best goal-differential in MLS history (plus-32) and played some of the finest soccer this league has ever seen. At its best, the Galaxy’s ceiling was simply higher than the rest of the league, producing goals that will live long in the memory (many of them by Donovan and Keane).

While the LA attack didn’t have any jaw-dropping moments on Sunday, more of the Galaxy players appeared comfortable in a final that they’d been in before. They didn’t shrink from the moment, and they emerge deserving champions. 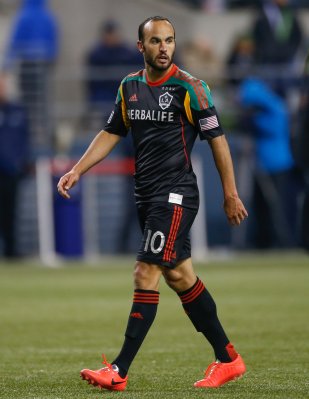