Paul McCartney says his bitter rift with Beatles bandmate John Lennon may have drawn headlines, but their real story at the end was one of forgiveness, as the two put aside differences to bond over fatherhood and “bread-making recipes.”

On Saturday’s episode of The Jonathan Ross Show, McCartney told the host that he’s thankful the musical legends had reconnected before Lennon was tragically shot to death in 1980 at age 40.

“The story about the break-up, it’s true but it’s not the main bit, the main bit was the affection,” the musician, 72, lovingly recalled days before the Monday anniversary of Lennon’s murder outside the famed Dakota apartment buildingin Manhattan.

“I’m so glad because it would have been the worst thing in the world to have this great relationship that then soured and he gets killed, so there was some solace in the fact that we got back together. We were good friends,” McCartney shared.

Looking back, the moment when he heard the news remains staggering.

“I just for days couldn’t think that he was gone,” McCartney recalled of his sadness and how tough it was to pass on the news to his own family. “It was just a huge shock.”

McCartney had tough words for convicted killer Mark David Chapman, noting his shock that the shooting was just so “random” and senseless.

“The phrase kept coming in my head ‘The jerk of all jerks,’ ” he said of Chapman, who remains jailed after pleading guilty to second-degree murder in 1981. “It was just like, ‘This is just a jerk. This is not even a guy politically motivated, it’s just some total random thing.’ ”

Read next: ‘The Art of McCartney’: The Making of a Massive Tribute Album 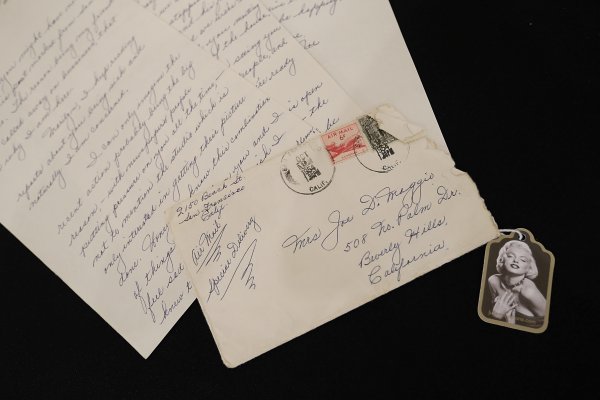