Handicapping the SEAL Raid to Rescue Luke Somers in Yemen

A V-22 lifts off from the USS Makin Island near Yemen in October 2014, just as SEALs did early Saturday in their effort to rescue U.S. hostage Luke Somers.
Lawrence Davis—U.S. Navy
By Mark Thompson

When Navy SEALs sought Osama bin Laden deep inside Pakistan three years ago, no one really cared if he ended up dead or alive. When SEALs flew into southern Yemen early Saturday to rescue American captive Luke Somers, they only succeeded in rescuing his body.

The sad outcome only highlights the challenges associated with two kinds of war: getting bad guys is a lot easier than getting good guys.

It’s like the Star Wars missile-defense shield writ small. In the raid to kill or capture bin Laden, the U.S. could crash one of its two choppers inside his walled compound and still declare victory. When playing offense, you can afford to break a lot of furniture along the way and still achieve success. But when you want to spring a captive to freedom, everything — intelligence, reconnaissance, weather, allies, and hardware, not to mention the troops themselves — has to work perfectly to accomplish the mission.

Think of it as drawing to an inside straight. Repeatedly.

Despite a reputation burnished by bin Laden’s banishment, such missions are never slam dunks. U.S. troops tried to rescue Somers in a Nov. 25 raid, but he had been moved days earlier. They’d tried to rescue American journalists James Foley and Steven Sotloff inside Syria in July, before the militant group Islamic State of Iraq and Greater Syria beheaded them. Linda Norgrove, a Scottish aid worker, died in a U.S. rescue attempt in Afghanistan in 2010.

Plainly, trying to rescue hostages being held by suicidal zealots is a dicey proposition. The Internet lit up Sunday with debate over the merits of the mission. “Sharp contrast: @cnn calls Yemen op ‘failed msn’ repeatedly; @foxandfriends calls op ‘rescue attempt’ & praises it,” tweeted Phil Carter, an Army veteran of Iraq who is now at the Center for a New American Security.

That, of course, is the current, binary, cable-TV way. In reality, it was both: a praiseworthy rescue mission that failed. It’s too bad that such nuance is beyond the realm of much public discourse these days.

Part of the challenge is the U.S. refusal to negotiate with kidnappers of Americans, as some European nations do. The U.S. government has long maintained that paying ransom only heightens the chance that more Americans will be seized. But the refusal to negotiate increases the chance of U.S. captives being executed, which ratchets up pressure for the U.S. to launch rescue missions, however slim their chances of succeeding.

Following Somers’ death, President Barack Obama told the nation to expect more such efforts: “As this and previous hostage rescue operations demonstrate, the United States will spare no effort to use all of its military, intelligence and diplomatic capabilities to bring Americans home safely, wherever they are located.”

As Americans are learning, there is little to be gained by waiting, when dealing with al Qaeda and its carbon copies replicating along the ancient arc of crisis. “Earlier this week, a video released by his terrorist captors announced that Luke would be killed within 72 hours,” Obama said in Saturday’s statement. “Other information also indicated that Luke’s life was in imminent danger. Based on this assessment, and as soon as there was reliable intelligence and an operational plan, I authorized a rescue attempt.”

Bottom line: the U.S. and its military had only a small window to try to rescue their fellow citizen. “They were going to kill this American hostage anyway,” Rep. Mike Rogers, R-Mich., chairman of the House Intelligence Committee, told CNN on Sunday.

So a raiding party, 40 SEAL Team 6 commandos and their associates, left the USS Makin Island off the Yemeni coast early Saturday local time on V-22 tilt-rotors. They landed near their objective amid rough terrain and began, as stealthily as possible, approaching their goal. Pentagon officials say they had come within 100 yards of Somers when something — it may have been a barking dog — alerted the militants guarding Somers and South African teacher Pierre Korkie. Reconnaissance revealed that once the jihadists knew they were under attack, a firefight broke out. One of the captors went inside a building, where he shot and mortally wounded the two men.

Defense Secretary Chuck Hagel detailed the complex nature of such an operation, shortly after it ended, while on a visit to Afghanistan:

It’s a safe bet that no one is more bitterly disappointed at the outcome, other than the men’s families, than those who carried it out. Their angst could only be compounded when the relief organization that employed Korkie said that his captors had planned to free him Sunday, the day after his murder, in a negotiated release.

The intelligence the SEALs had — harvested by satellites, drones and eavesdropping gear — was amazing. The rest of their hardware, from ship to shore and back again, apparently worked flawlessly.

But sometimes the best commandos and machines in the world lack the luck that is always a vital ingredient for such an assignment. That missing element shouldn’t detract from what they were trying to accomplish, and how close they came. 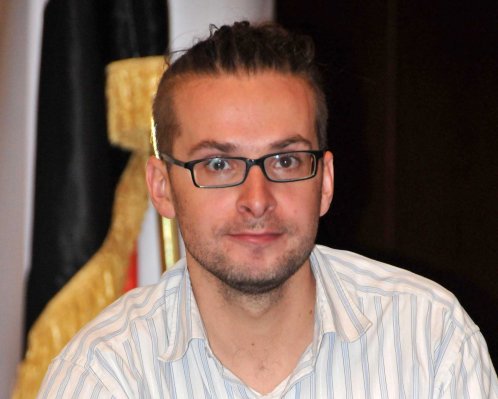 Hostage Killed in Failed Rescue
Next Up: Editor's Pick