NYPD Chief: A Black Man in NYC 'Doesn't Have Anything to Fear From Us'

NYPD Commissioner Bill Bratton addressed on Sunday the nationwide protests sparked by a grand jury’s decision not to indict a white cop in the chokehold-related death of an unarmed black man, Eric Garner.

“Actually, [a black man in New York City] doesn’t have anything to fear from us,” Bratton said in response to a question on CBS’s Face the Nation. “But [protesters] do feel that. And it’s a result of, unfortunately, the stop, question and frisk controversy that overshadows so much of the success in reducing crime in the city for so many years.”

Bratton said the NYPD’s administrative investigation is underway, and it will determine if there were any violations of policies and procedures. The NYPD’s internal probe into Garner’s death will take as many as three to four months to complete, which means it’ll likely conclude before the Justice Department’s civil rights investigation.

“Part of the [NYPD investigation] will be to determine what everybody has seen on the video — is that, in fact, within the framework of what we teach our officers in terms of, ‘How do you take down the person you’re attempting to arrest?'” Bratton explained. “Chokehold is not illegal. It’s not against [New York] law. It’s against department policy and protocol.”

The New York City medical examiner’s office ruled weeks after the incident that Garner’s death was a homicide resulting from the “compression of chest and prone positioning during physical restraint by police.” 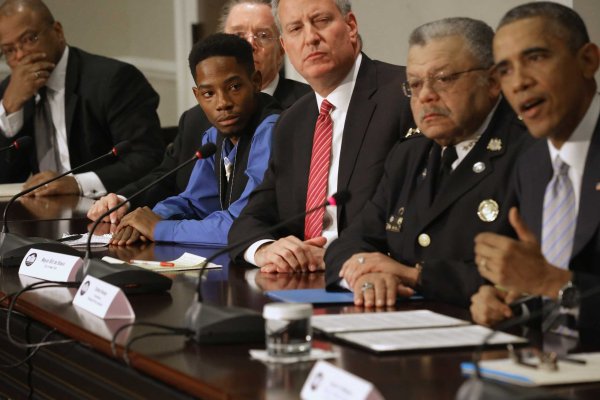